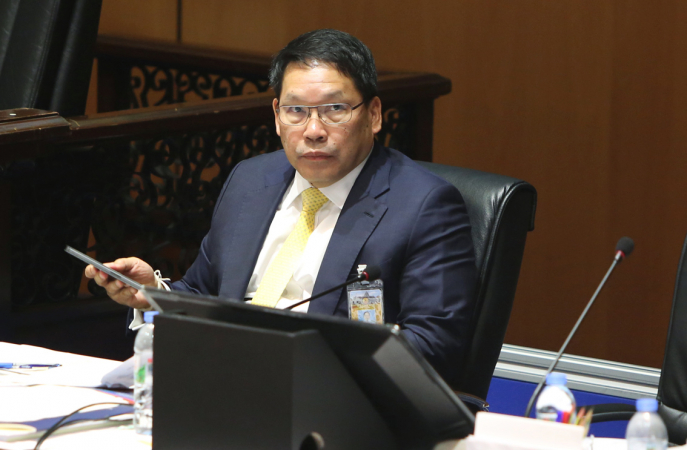 Finance Minister Uttama Savanayana on Friday guaranteed that the government will be able to fund its economic policies while maintaining financial stability for the rest of the year.

During the morning’s policy debate in parliament, Prime Minister Prayut Chan-o-cha restated his intention to continue developing the Eastern Economic Corridor. He claimed that the special economic zone has the potential to boost Thailand’s economic growth to Vietnam’s level.

The announcement was followed by the opposition coalition expressing more doubts as to how the government could fund their economic stimulus policies without jeopardising the financial stability of the country.

In his reply, the finance minister revealing that the central budget currently has a value of Bt500 billion. The budget is divided into 11 categories, including a category for emergency spending with a value of Bt100 billion, he stated.

Furthermore, he said, the government also has an emergency reserve of Bt500 billion, separate from the central budget.

The government will also be using various measures to gather the necessary funds to finance its projects, he continued.

Uttama then cited Moody’s upgraded financial ratings of the Thai government, which on Thursday rose from “stable” to “positive”.

“The government’s budget deficits are spent in generating economic value in the country,” Prayut added. He would not reveal the estimated deficits of the current and upcoming government budgets when asked by the opposition.

The opposition also underlined the growing level of household debt in the country after Uttama stated earlier on Friday morning that state-run banks, such as the Bank for Agriculture and Agricultural Cooperatives (BAAC) and the Government Savings Bank (GSB), have given out a total of Bt3.8 trillion in household loans, or 41 per cent of total household loans in the country.

Uttama committed the government to seeking new financial mechanisms to allow small businesses and low-income individuals to gain access to capital without having to take out more loans.

For instance, he said, the government has been developing "nano financing" methods to reduce the level of household debt.

Furthermore, the government is also looking to make greater use of Thailand’s capital market as a means for the public to make long-term savings.

“We will continue to promote the National Savings Fund, which currently has over 1.5 million users,” he said.