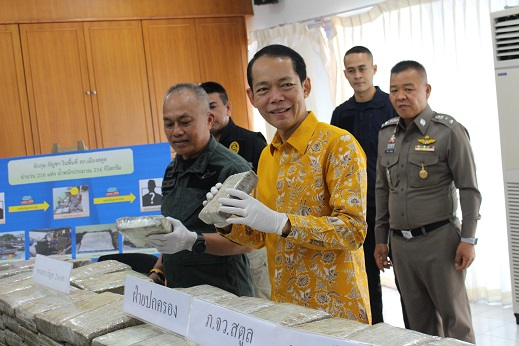 Up to 216 kilograms of marijuana was seized from a modified fishing boat, with the fisherman hired to ship the drugs to Malaysia getting arrested, officials told a press conference on Friday.

Jaruwat Kliangklao, governor of Satun province, said officials had received a tip-off earlier this week that a large batch of marijuana was being stored in Muang district’s Tambon Tammalang. This was in line with information gathered by a police informant that a large amount of weed had been transported from the North to Satun and was being readied for shipment to Malaysia.

Following the tip-offs, police and provincial authorities launched a search, which led to the arrest of fisherman Ari Leesa, 45, and confiscation of the marijuana at Tammalang pier on Thursday. 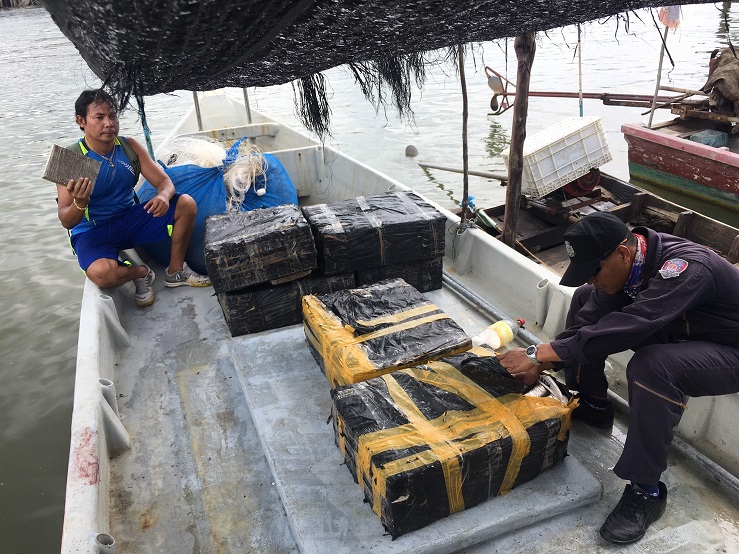 Satun police chief, Pol Maj-General Supawat Thapkhlieo said this batch can fetch up to Bt5,000 per kilo in Thailand and perhaps double that in Malaysia.

Supawat said the suspect confessed he was hired for Bt100,000 to move the marijuana to Malaysia, adding that police have launched a manhunt for the mastermind who is suspected to be in Satun.