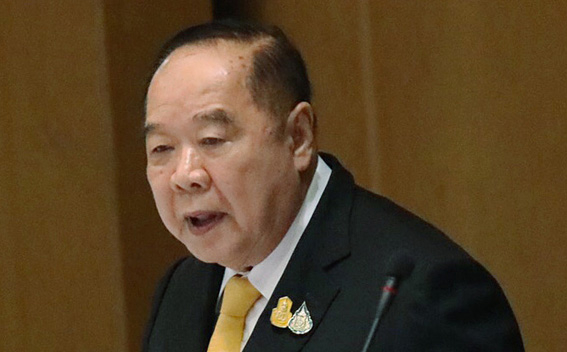 Deputy Prime Minister General Prawit Wongsuwan finally stood up in Parliament to explain his plans to acquire equipment for the Royal Armed Forces.

As part of the government’s policy statement on Friday, Prawit said the budget proposed by the Defence Ministry would cover the purchase of equipment for the Army, Navy and the Air Force, adding that the equipment the Royal Armed Forces currently has is more than 20 years old.

Deputy Defense Minister Gen Chaichan Changmongkol added that countries usually allocate 2 per cent of the GDP for the acquisition of army equipment. However, after the 1997 financial crisis, the funds allocated for the Army was less than 1.1 per cent of the GDP. Hence, he said, a lot of the equipment now required maintenance.

Meanwhile, the deputy defence minister explained separately that the purchase of submarines was part of the Navy’s strategy to protect Thailand’s seas, adding that the acquisition process will take six years to complete.