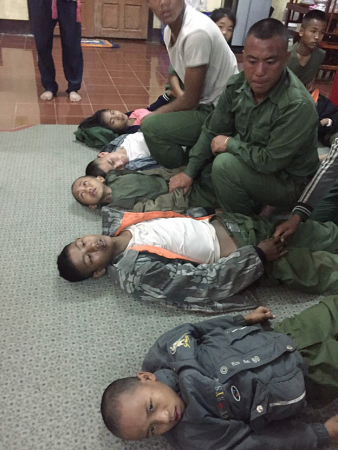 Thirty soldiers and civilians from the Myanmar border area under control of the United Wa State Army were rushed across the border on Monday night to receive treatment at Pang Ma Pha district hospital in Mae Hong Son province after drinking water contaminated by pesticide, Thai authorities said.

According to the district chief, the first group made up 11 Wa people and troops were sent to the district hospital at 10.30 pm after suffering nausea and vomiting and, in some cases, losing consciousness.

At 11.10 pm, 28 more people were sent to the district hospital bringing the total to 37 men and two women. All came from the Wa-controlled area across from Ban Mai Lun in Tambon Pang Ma Pha.

The head of the Wa unit told the Thai health officials some locals had sprayed their farms with pesticide upstream and that heavy rains had apparently washed the residue into the Wa village’s water source causing it to become contaminated.