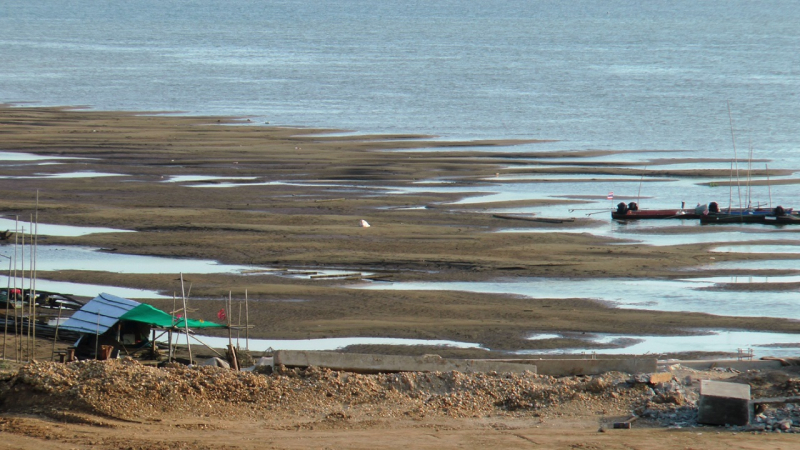 With water levels still critical at several dams around Thailand, officials speculate that drought impacts could persist into 2020, possibly having a catastrophic effect on next year’s growing season.

In the West, Vajiralongkorn Dam in Kanchanaburi is at 51 per cent capacity with 4,500 million cubic metres of water, down from 70 per cent last year at this time.

Meagre rainfall upstream from the dam is delivering only 10 million cubic metres a day rather than the usual 15-20 million.

“If this trend continues, it could affect next year’s crops, so farmers are advised to grow crops that require less water,” said Waiwit Saengpanich, director of the Vajiralongkorn Dam.

In the Northeast, Sirindhorn Dam in Ubon Ratchathani is at 5 per cent capacity, Chulabhorn Dam in Chaiyaphum at 4 per cent and Ubolrat Dam in Khon Kaen at less than 1 per cent.

Other dams at less than 30 per cent capacity include Lam Phra Ploeng in Nakhon Ratchasima (at 15 per cent), Namphung in Sakon Nakhon (20), Huai Luang in Udon Thani (21) and Lam Nang Rong in Buri Ram (also 21).

In Lamphun, more than 1,000 rai of rice fields are suffering from drought, pointing to an estimated 15-20 per cent decrease in annual rice production volume. The province’s other economic crops like longan are affected less severely.

“Although this year’s longan production has dropped 20 per cent, the relative shortage also drives up the price, to Bt35 or Bt40 per kilogram rather than the Bt20-30 last year,” one official said.

In Chai Nat, four large water pumps have been installed to move water from the Chai Nat-Pasak Canal to more than 4,000 rai of rice fields in Manorom district.

Samak Junchoi, 65, a farmer there, said this year’s drought is particularly severe and he would have lost his entire 60 rai of rice within two weeks if not for the pumps.

In Nakhon Ratchasima’s Buayai district, the water level in reservoirs available for drinking is expected to last only two more months if there’s no rain soon.

Dozens of portable water pumps are siphoning water from small ponds for the Provincial Waterworks Authority to purify for use as tap water.

Residents of Pimai district are collecting cockles in the now-dry Lamchamuak Reservoir, earning money to compensate for revenue lost on their farms.

Sasiprapha Kubathonglang, 25, said she picks 20-30kg of cockles a day that can sell for Bt20 per kg at the local markets, so she’s earning Bt400-500 daily for her family.

The website www.thaiwater.net reported on Tuesday (July 30) that 35 major dams have low water levels. Twenty of them are in a critical state at under 30 per cent capacity and 10 are at severe level, four of those in Northeast.