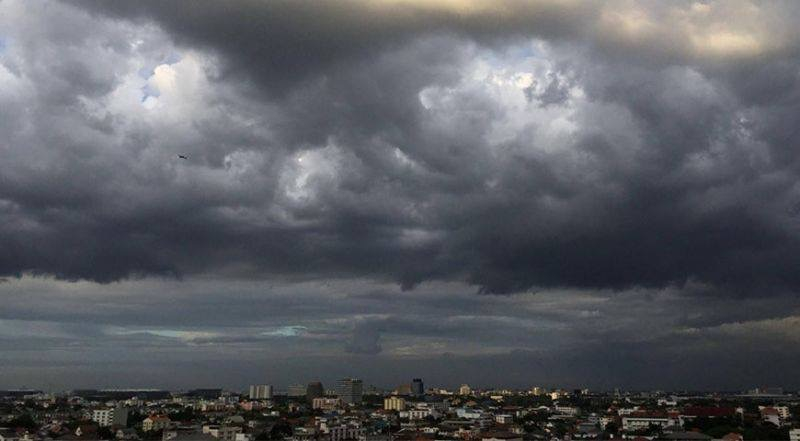 File Photo by The Nation

The Thailand Meteorological Department on Wednesday warned Of thunderstorms from China that will particularly affect the nation’s North and Northeast on August 1-2.

The depression on July 31 had its centre about 300 kilometres southeast of Hainan Island in China at latitude 18.0 degrees north longitude by 113.5 degrees east, with the highest wind speed at about 55 kilometres per hour near its centre.

The storm is moving north-west slowly and is expected to intensify into a tropical storm as it continues to slowly move northwest. It will move through southern China and land in upper Vietnam during August 1-2, causing rainstorms in the northern and northeastern areas of Thailand.

The department is warning people in the affected area to be careful of travel to China and Vietnam at this time.

In addition, during July 31 to August 6, the southwest monsoon that covers the Andaman Sea from the South and the Gulf of Thailand will become stronger. This will increase rainfall in the South and the East, along with isolated heavy rain.

The wind will generate strong waves up to 2-3 metres in the Andaman Sea and about 2 metres in the Gulf of Thailand. In areas with thunder showers the waves will exceed 3 metres.

The department is warning that all ships should proceed with caution by avoiding navigating in thunderstorm areas, and small boats should refrain from leaving shore.