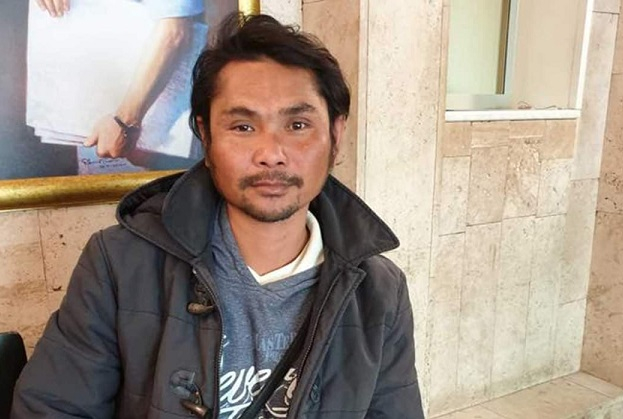 Uthai Wentbarb’s ordeal in Moscow began when he lost his passport.

A 36-year-old Thai worker who went missing while due to take a transit flight in Moscow a month ago has been found wandering near the Russian capital’s international airport and getting by working for residents in exchange for meals and accommodation.

Nong Khai native Uthai Wentbarb was travelling from Budapest, Hungary - his previous workplace of eight months - to return to Thailand to visit his family when he went to take the transit flight in Moscow airport on June 15. However, he then vanished, prompting relatives to call the authorities and appeal to netizens to help locate him.

Uthai's sister-in-law Prapassorn Phromcharoen said that an official at the Royal Thai Embassy in Moscow had called the family on Tuesday night notifying them that Uthai was found and the embassy had stepped in to help him.

The worker told the embassy that he lost his passport and his luggage was sent on the transit flight to Thailand. Since he was lost there and couldn't speak any foreign languages, he wandered the airport and nearby area, relying on meals given by kind-hearted people. That was until two weeks ago, when he managed to find some work and was provided with meals, accommodation and clothing. He later was able to communicate that he was from Thailand and had people help him to contact the embassy.

However, Uthai still has to face a court process, which would take 15 days, before he can return home, said Prapassorn, citing that he had overstayed in Russia.

The embassy has helped him to find a place to stay during this waiting period. When the court procedure is finished, he will be sent back to Thailand. The embassy will pay for his expenses before contacting the Labour Ministry to help cover some of them, as Uthai had worked legally in Hungary, she added.