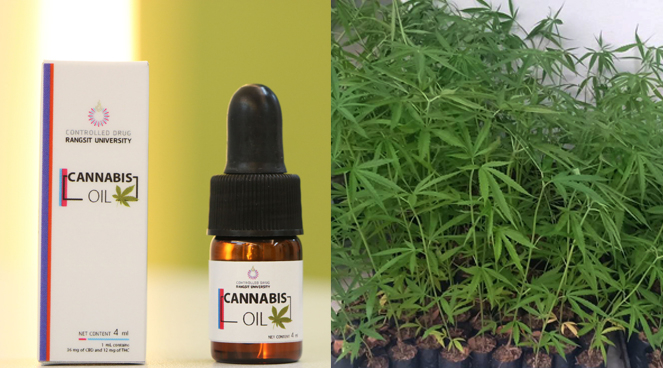 The Government Pharmaceutical Organisation will start delivering its first 5,000 bottles of cannabis oil to government hospitals on August 7, the board chairman said on Thursday.

Doctor Sophon Mekthon, chairman of the GPO board of directors, said the cannabis oil will be delivered to hospitals as allocated by the Health Department.

Sophon said that although the GPO earlier estimated that it would be able to make some 10,000 bottles of cannabis oil by the end of this month, but it could not reach that goal. The density of drug elements in the marijuana flowers given to the GPO has proved unstable, and it has been unable to extract sufficient drug content from the dried marijuana it had received.

Sophon also doubted whether the GPO and the Chao Phraya Aphai Phubet Hospital would be able to produce the up to 1 million bottles of cannabis oil within six months that has been targeted by Deputy Prime Minister and Public Health Minister Anutin Charnvirakul.

Sophon said the production would depend on the marijuana flowers received by the two agencies. He noted that the seized marijuana from drug suspects that had been given to the two agencies was found to be contaminated with dangerous chemicals and could not be immediately used.

Sophon added that the GPO would also study the problems that arose from the first trial of planting marijuana, in order to draw lessons to improve the quality of the marijuana flowers in the second batch to be planted.

Doctor Marut Jirasetsiri, director general of the Thai Traditional and Alternative Medicine Department, said the distribution of cannabis oil to patients could be more limited due to the limited supply.

He said discussions among agencies of the Public Heath Ministry led to an agreement that the first group of patients to be given the oil were those who had registered in advance for a medical research project. Those patients are considered likely to gain the most benefit from using the oil, including those experiencing complex seizures or with Parkinson’s disease.

Marut added that over 30 hospitals under the Health Department would open clinics to give advice on cannabis oil treatment by the middle of this month.