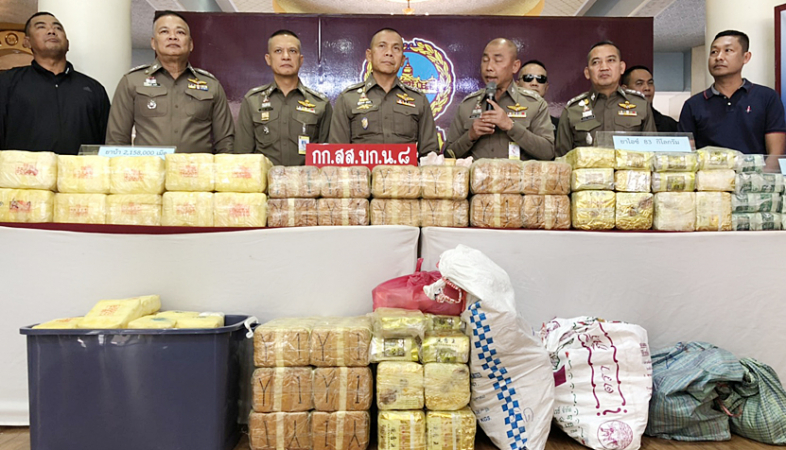 Police have arrested a Bangkok woman and seized 2.158 million methamphetamine pills, 83 kilograms of crystal meth or “ice” and 25kg of ketamine.

Supalak Eiamthawee, 26, a resident of the Sasithorn housing estate in Bangkok’s Bang Khae district has been arrested, deputy national police chief Pol General Chalermkiart Sriworakhan told a press conference at 11am at the Metropolitan Police Bureau.

Chalermkiart said police have received tip-offs that the suspect rented a house on Soi Assumption 13 in Bang Phai sub-district and another house in the Sinwong housing estate in Lak Song subdistrict in Bang Khae to distribute the drugs.

Police was monitored by police until 4am on Wednesday, when they observed her driving her car to a spot in the Sinwong housing estate and leaving a bag on the roadside.

Police came out from hiding to arrest her and found 2kg of crystal meth in the bag.

They took Supalak to search her two rented houses and found more drugs.

She said her former boyfriend, whose name was withheld by police, had talked her into distributing the drugs and she continued doing it even after breaking up with him.