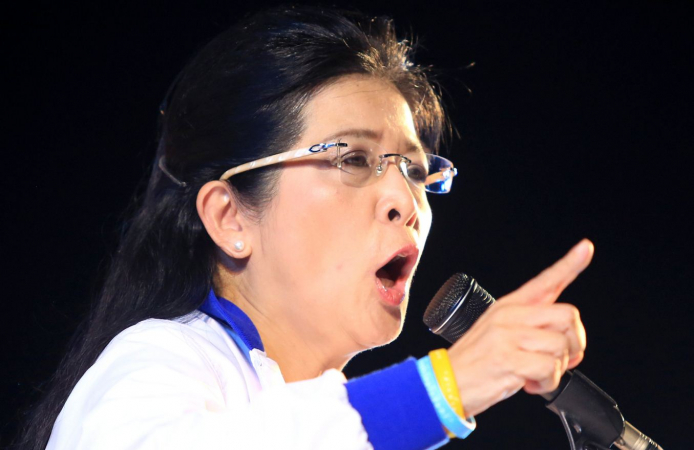 The survey was conducted by Rajabhat Ban Somdej University on 1,218 Bangkokians between July 23 and 24, and the results were announced on Thursday by Assoc Prof Dr Sing Singkhachorn.

Sing said 21.3 per cent of the respondents said they wanted Sudarat to hold the top job at the Bangkok Metropolitan Administration (BMA), while fellow Pheu Thai member Chadchart Sittipunt was favoured by 20.8 per cent. Both Sudarat and Chadchart failed as Pheu Thai’s PM candidates.

Former Democrat Party leader Abhisit Vejjajiva was named by 14.8 per cent of the respondents, well behind the current BMA governor Pol General Aswin Kwanmuang, who was favoured by 16.3 per cent.

Other politicians cited by the respondents included Democrat Party’s Apirak Kosayodhin (8.7 per cent) and Korn Chatikavanij (6.2 per cent).

The survey also found that 64.5 per cent of the respondents want Bangkok’s gubernatorial elections to be held this year, while 13 per cent said they did not want a poll this year and 22.5 said they were not sure.

According to 12.1 per cent of the respondents, the new BMA chief should be able to solve city problems quickly.

When asked what work the next BMA governor should solve quickly, 30.9 per cent said they wanted the governor to implement economic policies and launch projects that boosts the income of city residents, while 19.4 per cent wanted the implementation of policies related to education and quality of life.