Thailand’s market for “big bikes”, or motorbikes larger than 400cc, has been enjoying tremendous growth as well as notoriety due to several outrageous accidents that have been making headlines on a daily basis.

With their attractive design and powerful engines, big bikes are a dream machine for many men and even some women. According to the Land Transport Department, nearly 165,000 big bikes have been registered in Thailand so far, and the number is expected to near the 200,000 mark by the end of this year.

Big bikes are usually considered a luxury item, with many models crossing the Bt1-million line, compared to the Bt30,000 starting price for entry-level 110cc entry-level bikes. This also explains why there is such large coverage of accidents involving big bikes, as they are usually ridden by wealthy, well-known individuals.

According to Thai RSC, 9,961 road deaths have been reported in the first seven months of this year, with over 554,000 people injured. Even though a small number of these deaths have been caused by big bikes compared to smaller motorcycles, the death rate of big bikers has risen dramatically at 34 per cent this year, according to the Road Accident Victims Protection Co Ltd.

Separately, the Thailand Accident Research Centre has been working with top motorcycle manufacturers, Honda and Yamaha, to study 1,000 big bike accidents that took place in Thailand since 2017. So far, up to 600 cases have already been studied and the top cause for the accident has been found to be a lack of skill in perceiving hazards, vehicle control and ability to make a split-second decision in emergency situations.

Assistant Prof Kunnavee Kanitpong, manager at the Thailand Accident Research Centre (TARC), said: “From the data we collected, it would be correct to say that big bike riders in Thailand lack the basics, causing them to have low riding skills and a higher risk of accidents. Another factor is that most riders have no understanding of situations that could cause an accident. We often see riders who do not know or are unaware of dangers that could take place. They are unable to make a quick decision or evade obstacles when in an emergency situation.”

She added that the only way to swiftly reduce the number of accidents and casualties is to develop riding skills in three areas: accident prediction, correct decision making and safe vehicle control.

Many are also calling on the Land Transport Department to require big bike owners to hold special licences and undergo thorough training before they can be allowed on road.

“We want the legal age for a big bike licence to be raised to 21,” said Thanapong Jinvong, manager of Road Safety Group Thailand. 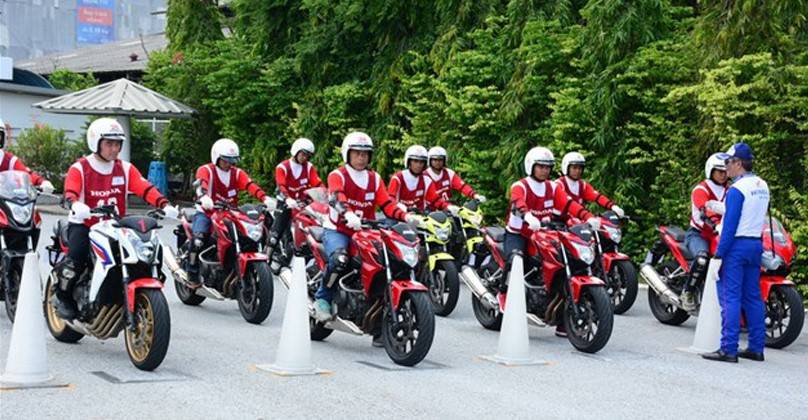 “Riders should be required to take advance classes with hazard perception [taught using simulators] so they can learn to judge possible dangers,” he added. “Most importantly, we must strictly enforce regulations concerning legal age, driving licence testing method and speeding problems, as offenders are difficult to catch because the licence plate is usually hidden under the rear mudguard.”

Also, just one day of training is not enough. “You need to take a three-day course and pass every exam. There is so much to learn,” Akkapol Sutthapinthu, who rides a 600cc Kawasaki, said. “Taking a one-day course is good, but in order to get a big bike license, there should be several tests that you have to pass. Otherwise you’ll become a hazard to yourself and to others.” 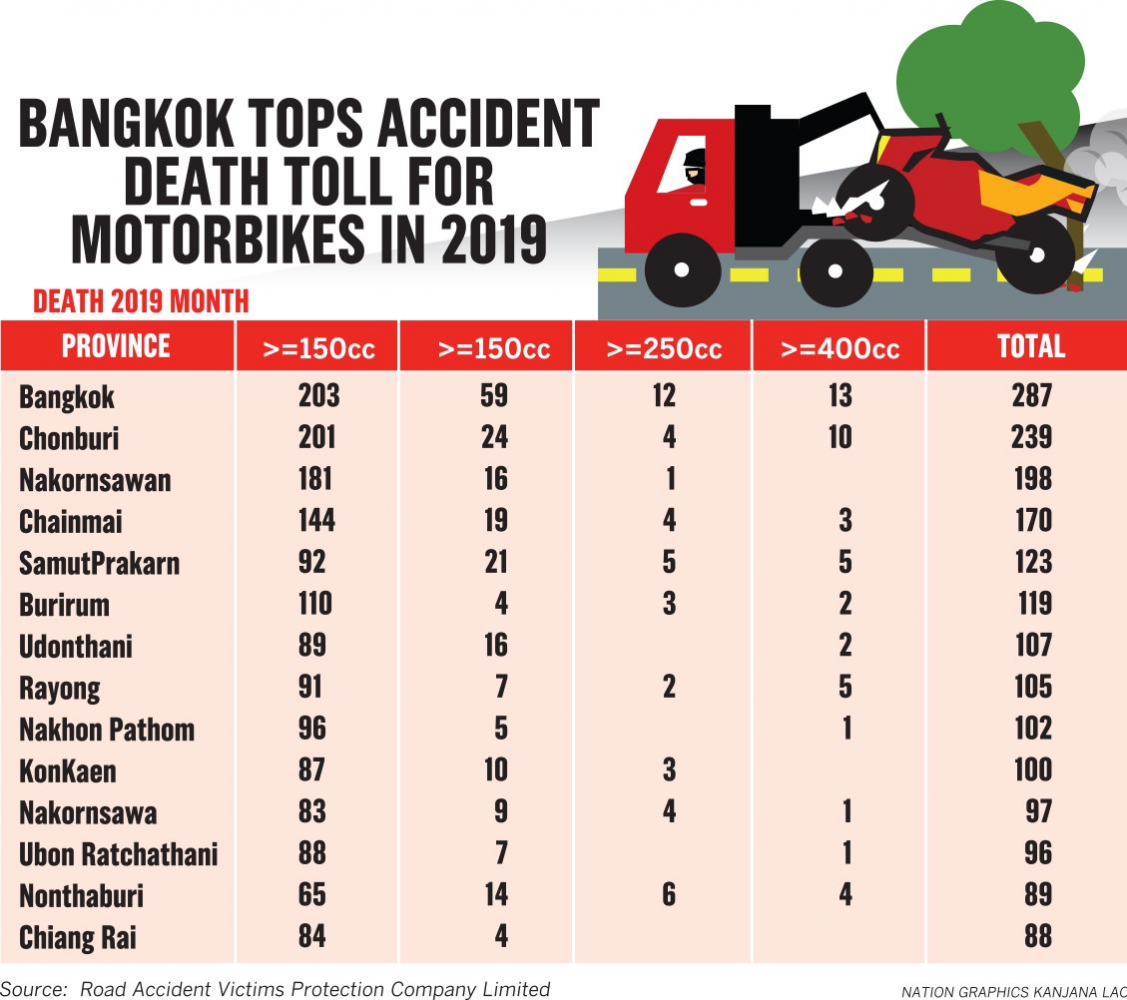