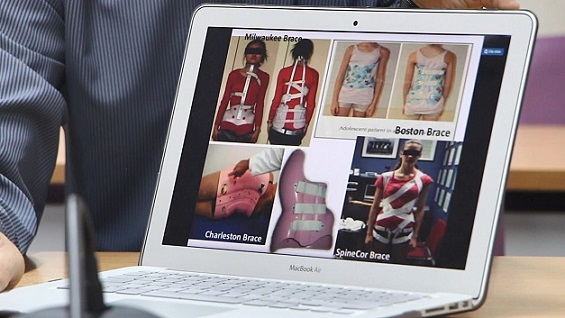 By Krissameth Loho
The Nation

Doctors have said the 14-year-old schoolgirl suffering from scoliosis can be treated without having to undergo surgery, adding that carrying a heavy schoolbag was not a direct cause of the curvature of spine. Doctors have also said that two out of 100 girls under 18 can develop this condition.

Following the examination of the girl’s spine at Khon Kaen’s Chum Phae Hospital on Thursday, orthopaedics specialist Dr Varakan Kharuvathanon told reporters that the girl’s spine at the chest level was curving by 27.6 degrees, which is not severe enough to require surgery. 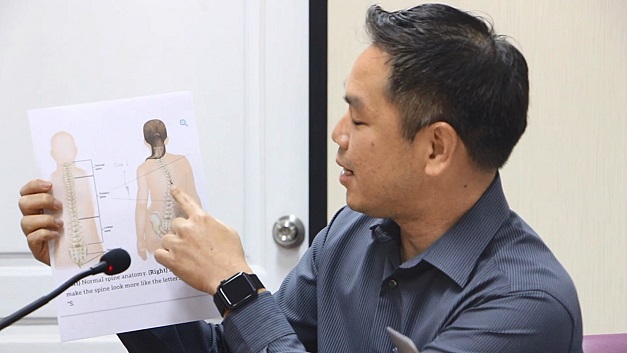 Tests on the girl’s nervous system also came out normal, the doctor said, adding that no studies so far have shown that carrying heavy schoolbags can be the direct cause of scoliosis or curvature of the spine as the girl’s mother has claimed. He said carrying heavy bags only strains the muscle, adding that the condition may not genetic either.

Dr Varakan said the teenager can be treated in two ways: avoid lifting heavy loads and coming for a check-up every six months, or wearing a supportive vest daily for 23 hours per day. He said though these methods will not make the spine straight, they will prevent the curvature from worsening.

Hospital director Dr Doungporn Asawarachan said scoliosis can develop without a cause and can affect approximately two out of 100 people, usually girls between the ages of three and 18. The treatments vary based on how far the spine has curved, like for instance those with a curve of less than 20 degrees can adjust their lifestyle and have a spine X-ray every six months, while those with a curve of 20 to 40 degrees will be required to wear supportive vests. Those whose spine is curved more than 40 degrees will have to undergo corrective surgery, she said.

Dr Doungporn also called on parents to check on the spinal posture of their daughters aged 10 to 18. The test is easy – get the girl to stand straight, bare backed, and then bend to touch the toes. This way parents can check to see if the spine is straight or curves to the side. Treating the condition of curvature of spine can be difficult beyond the age of 20, she warned.

Meanwhile, the schoolgirl’s mother, Suparp Deboonmee Na Chumpae, said she was relieved to learn that her Mathayom 3 daughter’s condition can be treated without surgery and was glad the condition did not stem from the 10-kilogram bag filled with textbooks that the child had to carry to school every day.