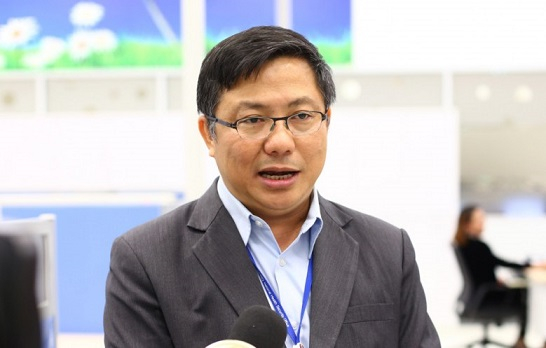 Rattaphon Triamwichanon, assistant to the NHSO secretary-general, is encouraging people to take advantage of the screening initiative.

People have been urged to get free screening for hepatitis B and C at hospitals nationwide after the National Health Security Office (NHSO) confirmed that the universal healthcare scheme covered treatments for the diseases.

The tests will be provided at 79 hospitals from August 5-9, an official of NHSO said on Friday.

The NHSO secretary-general's assistant, Dr Rattaphon Triamwichanon, said the free screening was being jointly held by the NHSO, the Public Health Ministry's Department of Disease Control (DDC), and the Thai Association for the Study of the Liver to mark World Hepatitis Day, which is observed every July 28.

Rattaphon also confirmed that the universal healthcare scheme covered the screening for hepatitis B among pregnant women, the treatments of those diagnosed with it and the vaccine against hepatitis B for children. The scheme coverage of hepatitis C was only for those deemed in high risk groups such as drug abusers and those receiving the HIV-screening test, he said. For more information about the upcoming campaign, people can call the DDC hotline 1422.

According to the World Health Organisation, viral hepatitis B and C have affected 325 million people worldwide and cause 1.4 million deaths a year. Being the second major killer infectious disease after tuberculosis, hepatitis is preventable, treatable, and in the case of hepatitis C, curable, the organisation said. However, over 80 per cent of people living with hepatitis are lacking prevention, testing and treatment services.