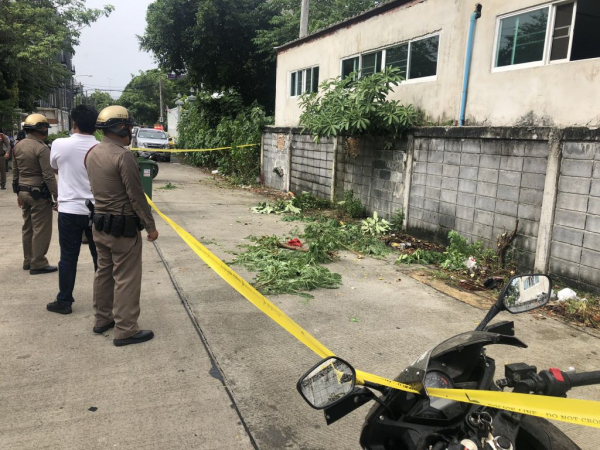 Three students have been arrested for allegedly hiding a ping-pong bomb in a soi off Rama IX Road that exploded and injured three road sweepers on Friday morning.

Pol Maj-General Thirapong Wongratpithak, commander of the Metropolitan Police Division 4, said the three students allegedly hid the bomb in a bush near a wall in Soi 57/1 off Rama IX road.

The blast ruptured the eardrums of two of the workers, and scratched the retina of another. The workers had found a knife and a pen gun on the wall and were checking a small black ball on the ground when it exploded. Initially, police thought this explosion was related to the other four blasts in different sites in Bangkok also on the same day.

However, the Metropolitan Police Division 4, which oversees the area, said later that this blast was not related to the four other blasts as the type of bomb used was different from those at other locations.

Thirapong said the three students’ names are being withheld because they are 15, 16 and 17 years old, adding that the three have admitted they hid the bomb, but did not expect it to explode.

He said the suspects will not be sent to court on Saturday as they have to first be interrogated by officials from different agencies related to juvenile welfare in line with the juvenile protection law.

Police are focusing their investigations related to the Rama IX on rivalling schools, as the area has seen several fights breaking out between students.