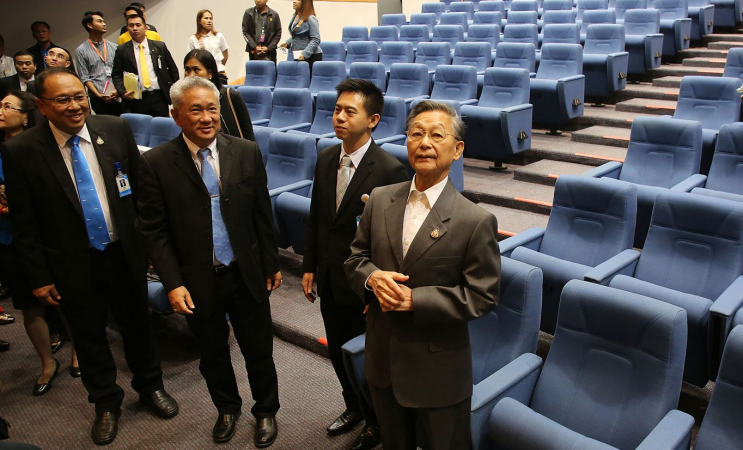 Chuan Leekpai during an inspection last week of a large hall at TOT used as a temporary parliament houses. The inspection verifies return of equipment to TOT and checks for any damage possibly made during the previous use.

He declined when asked by reporters to make any comment on Friday morning’s bomb and arson attacks in the city, saying only that citizens should be vigilant about possible further attacks.

Chuan said Janthra Hall at the new Parliament House was ready for use.

The building’s voting and audio systems were ready for use by both MPs and senators in their meetings, Chuan said, urging that they be used with care.