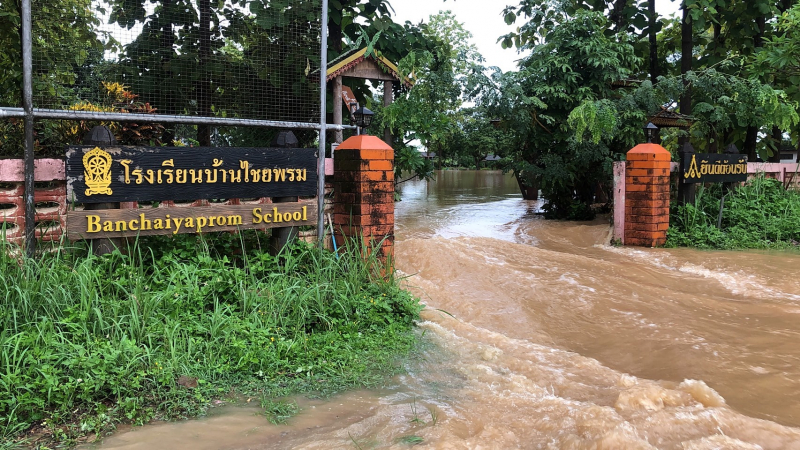 Heavy rains and floods today (August 5) inundated many parts of the upper North due to tropical depression Wipha.

Flooded roads were reported in Chiang Mai province, where the Thai Meteorological Department had on Sunday warned of torrential downpours in 70 per cent of its area. 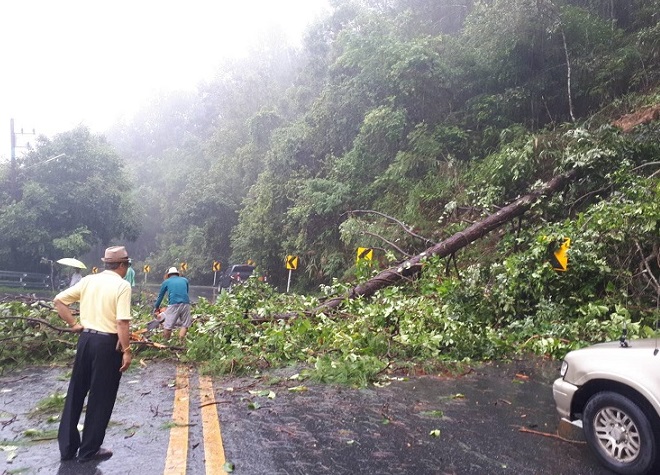 Om Koi district saw flooded road sections, while a large tree was toppled in gusty winds to block a section of road leading to Wat Doi Suthep in Muang district at 8.30am, holding up traffic while officials cut and cleared it away. Officials also were on guard for a possible flood at the road expansion site of the Ban Pang Fan in Pa Miang in Doi Saket district section of the Chiang Mai-Chiang Rai Highway no 118. 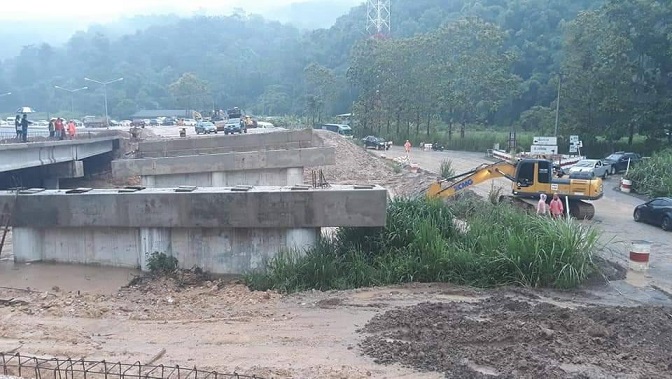 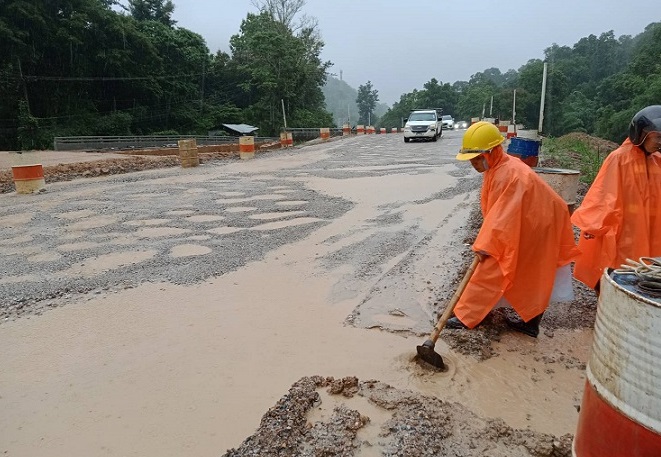 In Phayao, heavy downpours caused floods in farmlands and low-lying homes in Chiang Kham and Dok Kham Tai districts, prompting district chiefs and local administrators to provide aid to the affected residents. Some houses in Tambon Wiang of Chiang Kham were under a one-metre-deep flood caused by Lao River overflow, while a flood barrier section behind Chaiyaphrom School collapsed sending floodwater to cover a one-kilometre-long section of the Ban La-Ban Chaiyaphrom road and make it impassable for all cars.

In Mae Hong Son’s Sop Moei district, a landslide on a 10-metre-long section of the under-construction rural road no 3017 (Ban Mae Lui Luang-Ban Mae Kui School) made it impassable for cars, while many sections of roads throughout Tambon Mae Suad of Sop Mei also were inundated and impassable for cars.

In related news, the Disaster Prevention and Mitigation Department chief Chayapol Thitisak has reported that the flood and landslide situations in 38 districts of 13 provinces, which occurred during July 31-August 4, had all improved and officials were providing aid to the affected. A total of 2,642 household were affected while five bridges, one road and 12 fishing boats were damaged in the severe whether and flooding in 13 provinces of Phayao, Nan, Chiang Rai, Mae Hong Son, Trat, Chanthaburi, Tak, Ranong, Chumphon, Chiang Mai, Surat Thani, Khamphaeng Phetch and Loei, while one death was reported in Surat Thani, he said.