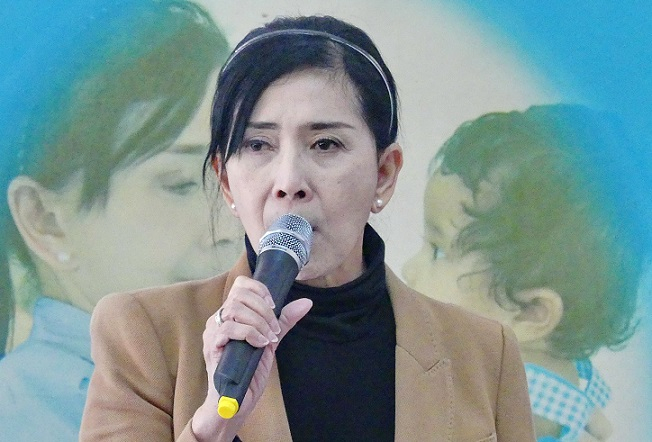 Relatives of people killed in two heinous crimes last month have been promised prompt financial aid from the Justice Ministry.

Pavena Hongsakul, founder of the Foundation for Children and Women that bears her name, on Monday brought to the ministry relatives of a seven-months-pregnant Chachoengsao teen whose boyfriend fatally assaulted her, causing the unborn child’s death as well, and the mother of a two-year-old Samut Prakan boy who died in a coma after being assaulted by his nanny.

Deputy permanent secretary for justice Tawatchai Thaikyo said the families’ applications for aid would be quickly considered and each could expect to receive Bt110,000.

Pavena helped the families to apply for the aid to which they’re entitled under the Damages for Injured Persons and Compensation for the Accused in Criminal Cases Act.