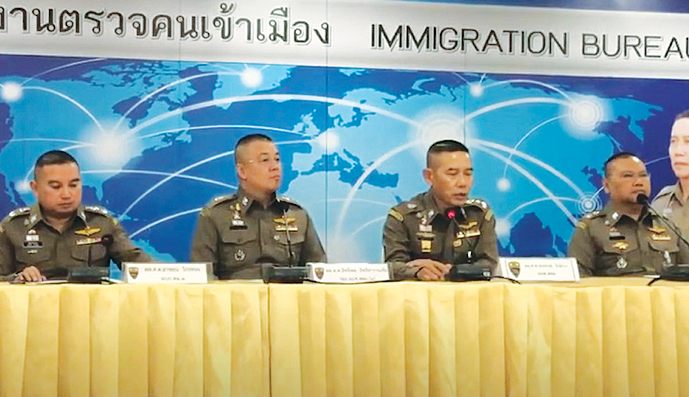 A 29-year-old South Korean man, who was wanted for alleged involvement in an online gambling operation in his home country and had laid low in Thailand for two years, has been arrested in Chon Buri, Immigration Police Bureau chief Pol Lt-General Sompong Chingdoung told a press conference on Monday.

The man was wanted under a Seoul Central District Court arrest warrant issued on May 2, 2017, and by Interpol over the allegation that he joined with accomplices to operate the online gambling business. Thai police officers revoked the suspect’s visa and detained him pending further investigation. They are also awaiting a court decision on whether to deport him to South Korea, Sompong said. 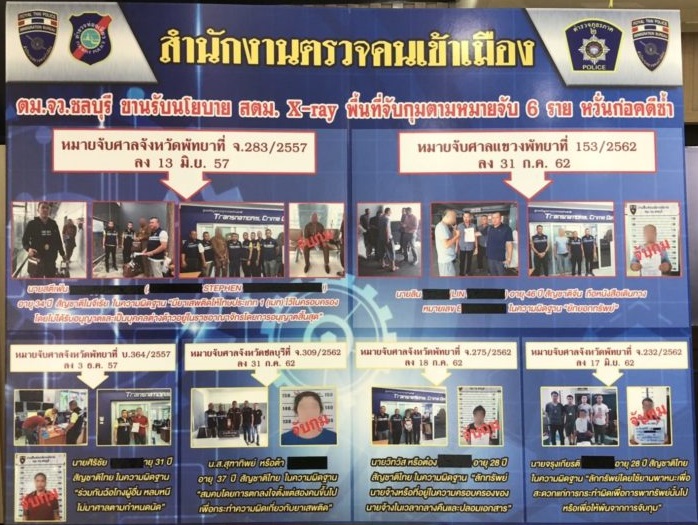 On July 30, a 34-year-old Nigerian man wanted for allegedly possessing methamphetamine and overstaying his visa was arrested at Phuket Airport. The man had reportedly jumped bail in the drug-possession case and fled Thailand before changing his passport and re-entering the country, but a biometrics scan exposed him as a fugitive.

In the afternoon of August 1, a 46-year-old Chinese man, wanted for alleged misappropriation because he allegedly took away his former landlord’s furniture out of the house he previously rented in Pattaya, was arrested outside a condominium in tambon Nong Prue of Chon Buri's Bang Lamung district.

The four other suspects were Thai fugitives, including a 31-year-old hill-tribe man who was arrested in Bang Lamung on July 26 for jumping bail in a fraud case.