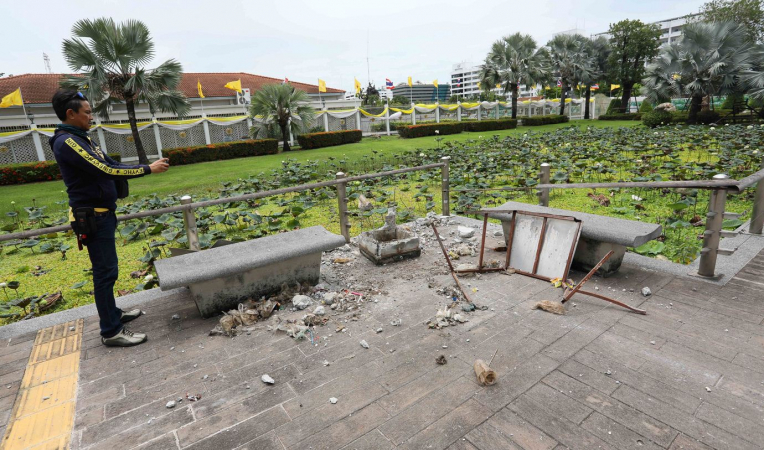 Assistant police chief Lt General Suwat Jaengyordsuk said on Monday one suspect planted a bomb at the Government Complex northwest of Bangkok and the other at the nearby Royal Thai Armed Forces Headquarters. Both men appeared to be in their 20s or 30s.

He said police acquired images from surveillance cameras at all bomb sites in Bangkok and vicinity and were in the process of identifying all the suspects.

A Phaya Thai police source said officers had made good progress in analysing surveillance recordings from four locations in the Pratunam area, where arson attacks occurred, as well as from a BTS station where a bomb detonated.