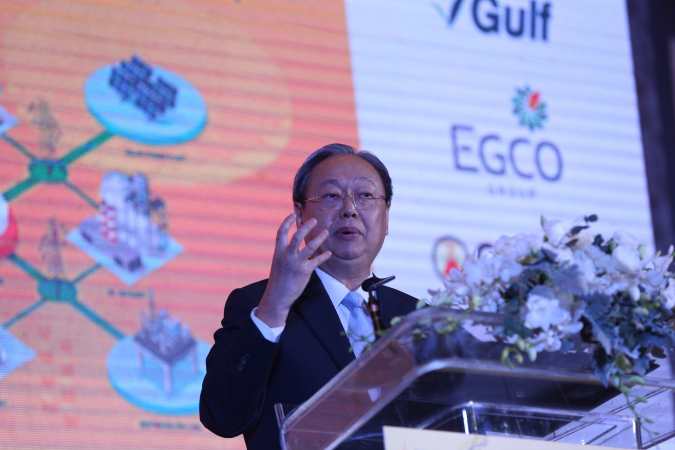 The Ministry of Energy aims to lower the electricity cost to less than Bt3.60 per unit, apart from carrying out several other initiatives, according to Energy Minister Sontirat Sontijirawong .

Speaking at the “Energy Disruption: Thai energy in the age of disruption” seminar organised by Krungthep Turakij newspaper, Sontirat said there was a need to adapt to new technologies in the energy sector.

“In the past, we had fossil fuels and the Electricity Generating Authority of Thailand [Egat] was the major producer of electricity,” he said. “But this is about to change due to the disruption that will create a new energy channel in the future.”

Sontirat said he had instructed the ministry to formulate an “Energy for all” policy that will support the public as well as raise the level of the country’s competitiveness.

“The main policy that will be driven next is ‘Sustainable Development Goals’ for affordable and clean energy, the latter leading to the creation of community energy grid modernisation, electricity sales platform, and in the future, the smart meter,” he said, adding that these technologies would be the game-changer in the future.

Sontirat said he had instructed the ministry to revise the Power Development Plan (PDP) for 2018-2037 by raising the proportion of renewable energy such as solar, biogas and biomass through community power plants.

“Electricity is not only for large corporations,” he said.

According to Sontirat, the heart of the success of community power plants is developing an energy storage system to keep excess power. Energy storage will also benefit the EV (electric vehicle) industry.

He said it was important that the development of energy storage systems and EVs in Thailand take the country into the new era of the automobile industry, otherwise there could be relocation of auto production to competing countries such as Indonesia.

EVs are also the answer to clean energy as they help lower fossil fuel usage (which contributes to increased particulate matter).

“With the disruption happening around the world, why must our PDP plan set the electricity cost at Bt3.60 per unit when in fact it should be cheaper due to the increased alternative energy, plus energy storage systems to help store excess electricity and lower costs?” Sontirat asked. “These new developments will be the new direction of the revised PDP. It will help raise the country’s competitiveness with lower energy prices, and becoming the energy sales centre in Asean is also an important part.”

The ministry will also deploy the Energy Conservation Fund to support the projects, and will support the energy storage business.

Kulit said power lines will be upgraded from 115kv to 500kv or 800kv in order to support alternative power and reach communities that produce them.

“The law governing Egat, which is currently able to only purchase electricity, should be amended so that it can also sell electricity and become a centre for regional electricity sales,” he said.

“Next week we will call on the working group to initiate a pilot project for the community power plants that are for personal use and for sale within the same area in a sandbox manner. We will be testing this new way of electricity trading and will get the results in three months,” he said, adding that if successful, the project will be presented to the Energy Policy and Planning Office.