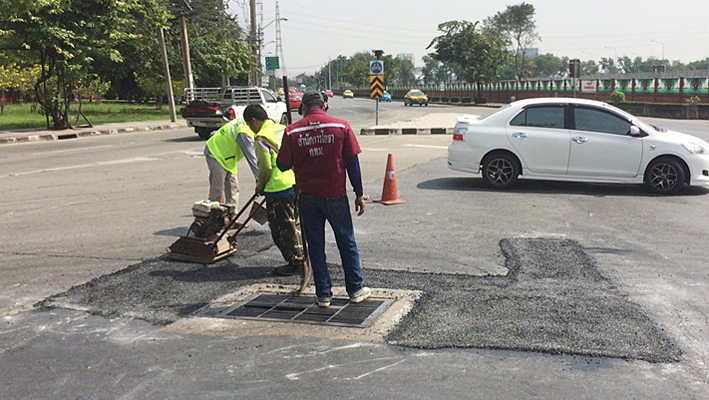 Traffic congestion has continued to build up on the inbound section of Phetchaburi Road since early Tuesday after a large hole, possibly a sink hole, opened up near the entrance to the expressway.

The Phaya Thai police station was alerted at 5am that a hole one-metre-wide and 1.5-metre-long had appeared at the spot.

A pickup truck had to be hauled out after its front right wheel fell into the hole, causing the vehicle to be stuck there.

Police put up traffic cones to block the section, causing a bottleneck and resulting in long lines of vehicles.

Repairs to the road are expected to be completed by late morning.