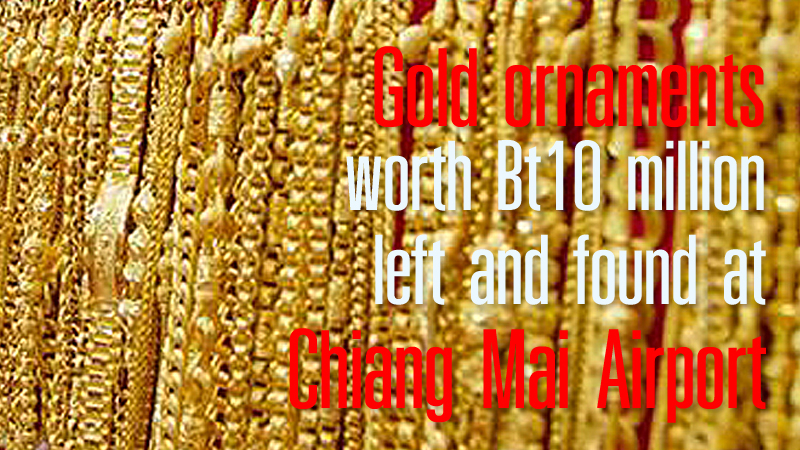 A security officer at Chiang Mai Airport on Monday discovered and returned a bag of gold ornaments worth Bt10 million that was forgotten by a gold-shop employee.

Jirayu Suwansamphan, an airport security officer, spotted a black bag at the gate where belongings of departing passengers are checked, and alerted the explosive ordnance disposal division of the airport.

The airport officials then scanned the barcodes on plastic bags wrapped around the ornaments and found the destination address. They called the company, which sent its Chiang Mai employee, Phurichaya Sarathong, to pick up the bag.

After Phurichaya presented evidence that her company owned the gold, she was taken in the company of airport officials to the Muang Chiang Mai police station to report and record the incident.

Phurichaya said her company, whose name was withheld, was sending two bags of gold ornaments to Bangkok for remoulding into new ornaments.

She said that after the two bags passed through the X-ray scan, she had handed them to another company employee who was waiting to the board the plane, but that employee took only one bag and left the other behind.