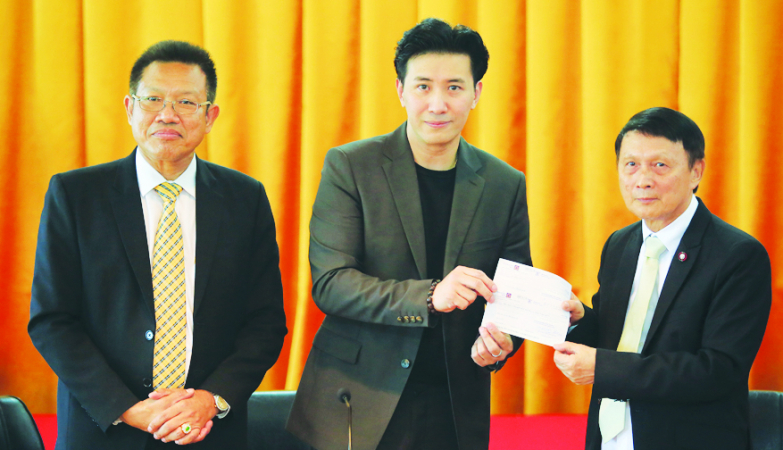 TV news presenter and actor Kanchai “Noom” Kamnerdploi on Tuesday submitted a total of Bt41,755,050.79 to the Civil Court on Ratchadaphisek Road in Bangkok.

He was there on behalf of the family of Orachon “Praewa” Devahastin Na Ayudhya to pay compensations to the families of nine people who were killed, and those who were injured, in a 2010 road accident in Bangkok in which Praewa, then an underage driver, was involved.

The actor, also accompanied by lawyer Decha Kittiwittayanan, insisted that his representing Praewa's family was not an act of choosing sides, but rather he was an aide to ensure the victims’ families received monetary compensation as quickly as possible.

However, the amount was short by Bt880,000 due to a miscalculation, and so Praewa's family said they would submit the additional sum to the court by August 28. 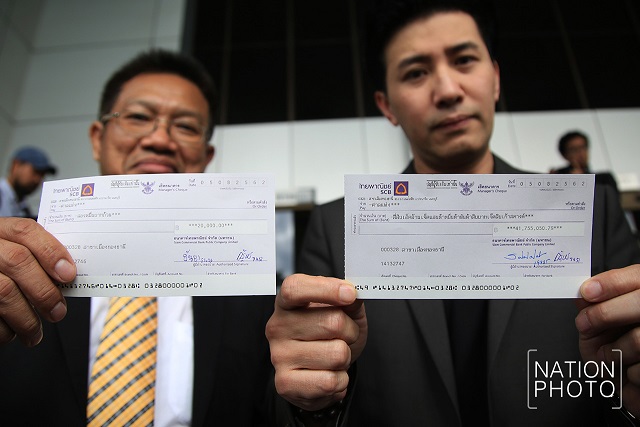 Praewa, then a teenager too young to legally hold a driver’s licence, crashed her borrowed car into the back of a public van operating on the Thammasat University-Victory Monument route on the elevated Din Daeng-Don Muang tollway in Bang Khen district on December 27, 2010. Nine people were killed and six injured.

Some of the survivors complained last month that they had not yet received any compensation from Praewa, even though the Supreme Court on May 8 had ruled in a civil case that she, her parents and the owner of the car she was driving had to pay a combined Bt25 million plus interest to the injured and the next of kin of those killed.

The Justice Ministry had said if the compensation was not paid before the August 28 deadline, the Execution Department would auction off the assets of those convicted to ensure the victims' families received their dues within six months.