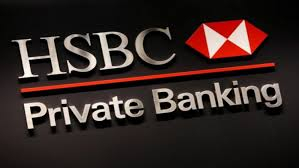 Europe’s largest bank by assets, HSBC, is planning to cut thousands of jobs after the surprise announcement of chief executive John Flint’s departure, according to the Wall Street Journal.

Noel Quinn was appointed as interim group chief executive and as a director of HSBC Holdings, according to the company’s release on Monday.

Flint’s exit comes 18 months after he took over as CEO.

HSBC Chairman Mark Tucker said the bank will consider both internal and external candidates for the CEO job.

The job cuts will be targeted at senior roles and are expected shave up to 4 per centof the bank’s wage costs, HSBC group chief financial officer Ewen Stevenson told the Journal in an interview. The cuts would come from a combination of layoffs and attrition.

Meanwhile, on Monday, the company reported interim financial results showing strong revenue momentum in Retail Banking and Wealth Management (RBWM), as the company won new customers and increased lending, and in Commercial Banking (CMB), with growth in all major products and all regions. Global Banking and Markets (GB&M) revenue was lower.

The press release noted investments of $2.2 billion in the first half of this year, up 17 per cent compared with the same period last year, on near- and medium-term initiatives to grow the business and enhance digital capabilities.

Operating expenses were also lower, down 2.3 per cent thanks to significant work undertaken in the first half of this year to reduce the 2020 run-rate. Earnings per share were given at $0.42 while return on average tangible equity (annualised) ('RoTE') was up 150 basis points to 11.2 per cent, including120bps favourable impact of the SABB dilution gain.

The Group noted that the outlook has changed. Interest rates in the US dollar bloc are now expected to fall rather than rise, and geopolitical issues could impact a significant number of major markets. In the near term, the nature and impact of the UK’s departure from the European Union remain highly uncertain and given the prevailing outlook for interest rates and revenue headwinds in GB&M and RBWM, the bank does not expect to achieve its 6 oer cent RoTE target in the US by 2020.

The bank is managing operating expenses and investment spending in line with the increased risks to revenue.

The bank expects some recovery from first-half market conditions in GB&M in the second half of 2019 and into next year, and continues to target a RoTE above 11 per cent in 2020, but we will not take short-term decisions that could jeopardise the long-term health of the business, the bank’s release said.