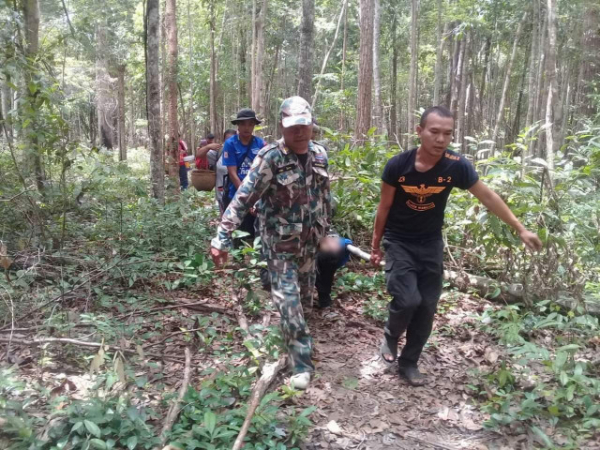 A villager was severely injured when he stepped on a landmine while collecting wild mushrooms with other villagers along the Cambodian border in Ubon Ratchathani’s Nam Khun district Tuesday.

Officials said Chaiyont and some 40 residents of Ban None Yang vilage in Tambon Khok Sa-ard went into the Khao Phra Wiharn National Park along the Cambodian border to collect wild mushrooms.

After the accidents, the villagers sought help and park officials and rangers rushed in to carry Chaiyon out of the forest. Both of his legs were severely damaged by the blast.

Preeda Oon-udom, chief of Nam Khun district, said the area was not previously mined but the authorities believe illegal loggers planted the landmines to harm park officials and as a warning to flee when they hear explosions.