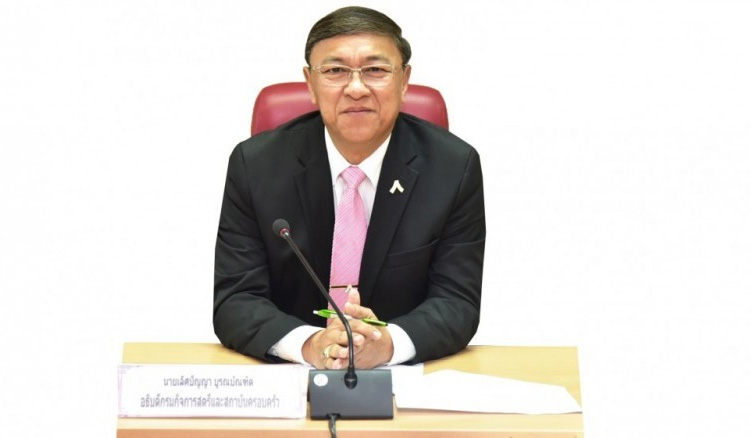 A seminar audience yesterday (August 6) heard the story of a woman who had been jailed on charges of killing her husband in an aggravated assault after she had suffered years of domestic abuse that continues to affect her psychologically today.

Network for Human Rights and Social Protection hosted the seminar titled “Stories From Domestic Violence Victims and Social Protection Workers”. It aimed to portray the first-hand experiences of victims of domestic violence against women and family members, highlighting a problem that has persisted for decades in Thai society.

Representatives from the Network cited a 2017 study by Ramathibodi Hospital and Thai Health Promotion Foundation that found that 32.3 per cent of domestic violence targeted women and family members psychologically, while 9.9 per cent was physical, and 4.5 per cent sexual.

Moreover, the study discovered that 82.6 per cent of domestic violence victims were afraid to seek help from related agencies or third parties, with shame or a lack of trust in the procedures of the agencies cited as the main reason by participants.

This indicates that the current social protection system sorely needs a new mechanism that is more victim-friendly, the report found.

Lertpanya Buranabundit, the director-general of Women’s Affairs and Family Development Department under the Ministry of Social Development and Social Security, joined the discussion session. He said the event will serve as a guideline to improve the implementation of, and future amendments to, the Family Institution Development and Protection Act, BE 2562, which will come into force on August 20.

“This new law is designed protect victims of domestic violence in both the short term and the long term,” he said. “For example, to prevent repeated offences, the criminal court or juvenile court can, under the new law, immediately issue a temporary court order prohibiting the husband from coming near to the wife for 48 hours.”

The Family Institution Development and Protection Act will also treat domestic violence cases as criminal cases, while aiming to provide victims with special protection in the event that the victims kill their abusers unintentionally or in self-defence.

The seminar also included politician Natthawut Buaprathum, a party-list MP from the Future Forward Party. A member of the committee that drafted the new Family Institution Development and Protection Act, Natthawut repeated his comments made during the government’s policy debate back on July 26 – urging the government to take aggressive measures against domestic violence.

“Domestic violence could lead to many social and economic problems,” he said. “Therefore, we need to create a helping mechanism that is friendly to the victims, while ensuring that they will receive proper justice, assistance and remedy according to international human right principles.”