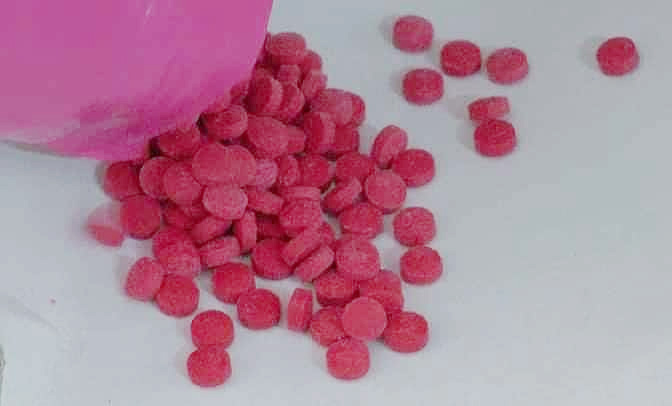 By Nila Singkhiri
The Nation

A college student received a shock on Wednesday morning when he discovered someone had left a sack containing 58,000 meth-amphetamine pills at a roadside spot in front of his home in Ubon Ratchathani’s Muang district.

The student, who is in his early 20s, said he heard a siren wailing as a police car gave chase to a vehicle passing in front of his house in Tambon Kham Yai sometime around 2am or 3am but didn’t think any more of it until he found the mysterious sack in the morning. Finding it contained narcotics, the young man alerted police.

Police investigators were told by Highway 4 precinct inspector Pol Lt-Colonel Sila Khamphetch that a team of highway police had chased a white sedan that drove rapidly away from a police checkpoint at the Kud Lat Intersection around 2.30am but that the sedan had disappeared into the distance not far from where the drugs were discovered. Police are now checking CCTV footage along the route for the drug suspect(s), who they believe dumped the sack while attempting to escape.