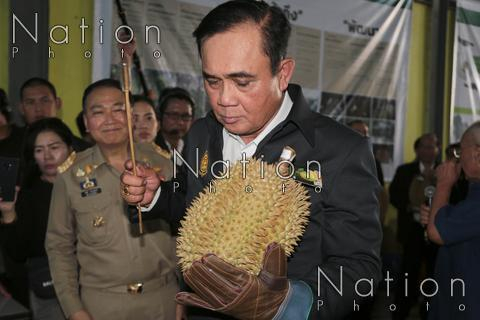 Prime Minister General Prayut Chan-o-cha said on Wednesday (August 7) that durians grown in Yala province are delicious and the province is on the path to becoming the city of durians in the deep South.

The prime minister was speaking to reporters at noon while visiting the Southern Border Provinces’ Government Complex in Yala’s Muang district.

He said concerned government agencies are developing the province as “the city of durians” because the best species of durians are grown in Yala.

The prime minister said he has met investors who are willing to develop the durian business in the province, which would create a lot of jobs for local people.