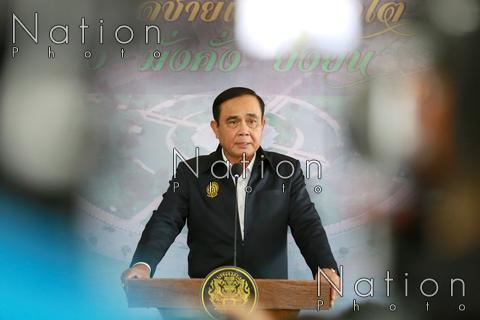 Prime Minister General Prayut Chan-o-cha said on Wednesday (August 7) that kratom leaves could be legalised in the future if they were proved to be useful.

Experts and academics have called on the government to legalise the use of kratom leaves (Mitragyna speciosa), saying some foreign companies have started patenting chemicals extracted from the leaves for medical use.

While visiting the Yala Government Complex, Prayut was asked whether it would be possible for his government to legalise kratom leaves.

Prayut replied that his government could not go that far for now because even the legalising of marijuana for medical use had encountered a lot of obstacles.

“One at a time, please. If it is useful, we’ll make it legal,” Prayut said.

The PM said he could not say for now whether he would support the use of kratom leaves for medical treatment because it must be legalised first.