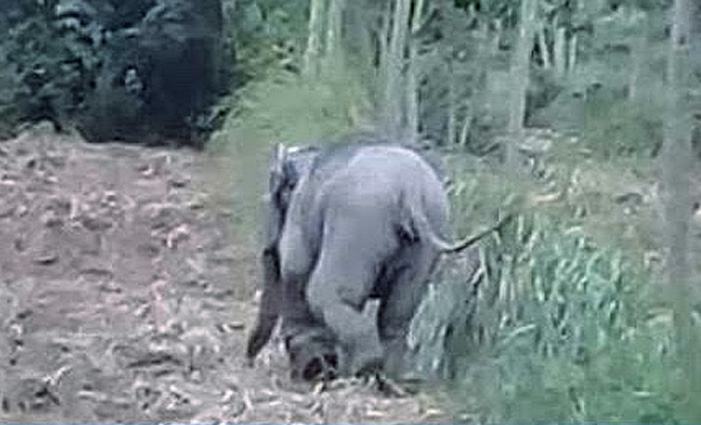 Wildlife officials are looking for a way to access and treat a young wild elephant whose front left leg has become infected after being caught in a snare.

The two units checked and spotted a herd of 28 to 30 wild elephants wandering in the forest near Takob and Ban Klong Yang villages. One of the elephants, which appeared to be about three years old, had an infectious wound on its front leg and was trailing behind the herd.

Officials said they could smell the stench from the infected wound.

When officials arrived the young elephant went to hide deeper in the forest and officials could not reach it for fear that its herd was still nearby.

Officials waited until dusk and said they would try to locate and reach the elephant again Thursday.

Prasan said he was informed by villagers Tuesday night that an injured elephant had been spotted, adding that the injury appeared to be several days old.

Officials said the young pachyderm was the fourth in the wildlife sanctuary to have been injured by a snare and that one had already died.