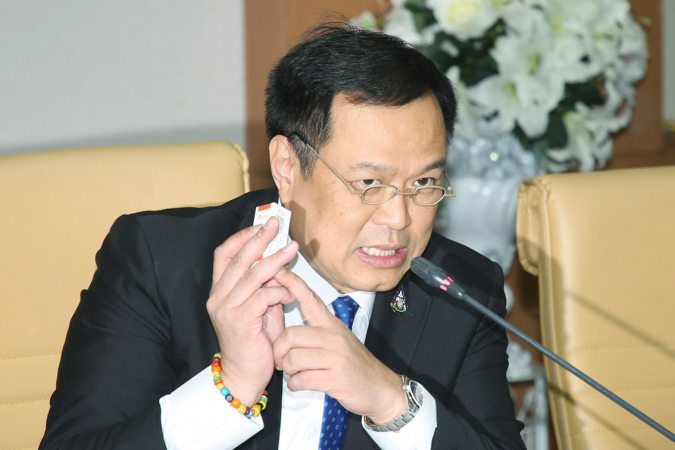 The president of the Community Pharmacy Association of Thailand on Friday expressed support for Deputy Prime Minister and Public Health Minister Anutin Charnvirakul’s idea of allowing patients to buy their medications at pharmacies instead of waiting in long queues in hospitals.

Sirirat Tunpichart, president of the association, said the proposal was interesting because most drug stores have been certified the Office of the Food and Drug Administration.

Sirirat added that the pharmacists could also follow up on the effectiveness or otherwise of the medication they are taking.

Anutin has floated the idea of allowing patients to get prescriptions for over-the-counter medications from hospitals to take to be filled at pharmacies, while allowing hospitals to maintain their lock on dispensing “specialised” medications.

Anutin said that the approach would help to solve the crowded conditions at hospitals, make it convenient for patients by cutting waiting time while also boosting income distribution among entrepreneurs.

“The queue for medical services should not be more than one hour. After meeting a doctor for about 20 minutes, a patient could take the prescription and get their medications from a pharmacy thus doing away with the need to queue again at the hospital's pharmacy department,” he said.

Sirirat also expressed support for the plan by the National Health Security Office (NHSO) to develop an app that would allow patients to take their medical records to show to drug stores and other hospitals.

Currently, each hospital keeps patients’ records and when patients want to be transferred to another medical facility, they must seek copies.

Sirirat said the applications would allow patients to monitor their own use of medications in consultation with pharmacists so that that they would not over-consume medicines and their risks from drugs would be reduced.

Sirirat said the association supports the project and would ensure that pharmacies nationwide meet the standards and can provide safe services to the people.