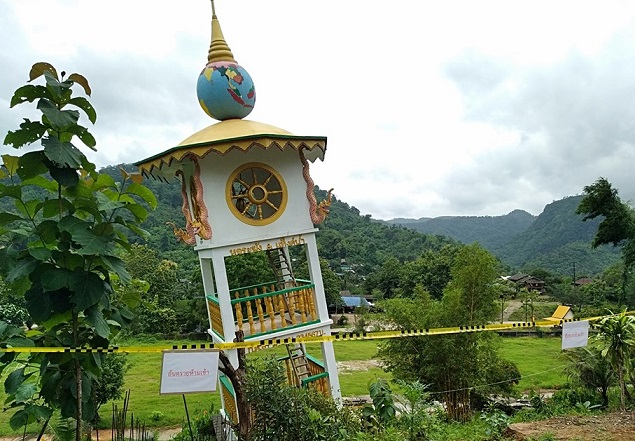 The body of the second landslide victim in Tak's Tha Song Yang district was pulled out from under thick mud on Friday.

With the skies clearing after days of heavy rain, rescuers were able to conduct a more thorough search and retrieve Nokohkae’s body. Religious rites will now be performed.

The disaster hit five homes in the village on Tuesday, severely damaging three of them and causing a 10-year-old boy to suffer a serious chest injury while two women, Jehmeu Nanthawatmongkol, 31, and Nokohkae were reported missing. The body of Jehmeu was retrieved on Wednesday (August 7).

Meanwhile, days of heavy downpours in Tha Song Yang has softened the soil underneath a bell tower at Wat Mae Salid Luang, causing the structure to tilt dangerously. Officials have sealed off the area around this 10-metre-tall tower – which was reportedly built without permission from the authorities – as a precaution and imposed a strict ban on entering or using it.