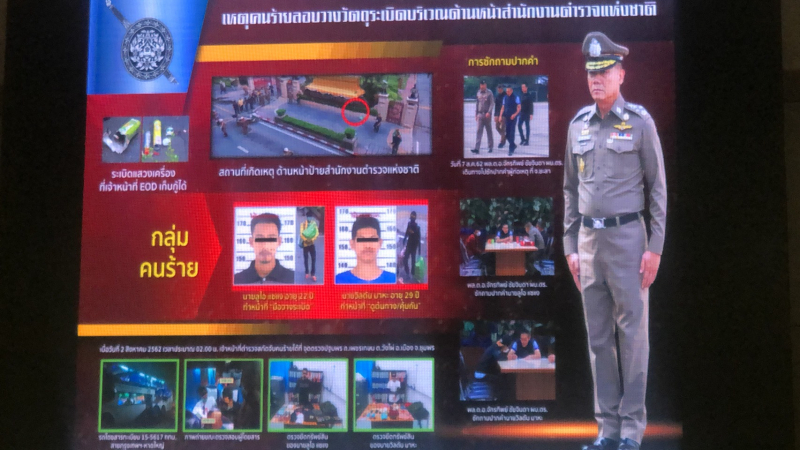 A homemade bomb found in a shopping mall in Bangkok’s Pratunam area was reported to police on Friday evening, with a police source speculating that this explosive was likely placed by people aiming to create disturbance in Bangkok and elsewhere.

The source added that the explosive and its detonation mechanism was similar to the bombs found in the several blasts on August 2.

A team of bomb-disposal experts arrived to inspect the shop selling scarves on the fifth floor of a fabric wholesale mall located in Bangkok’s Ratchathewi district.

Another police source said that members of staff escaped unharmed despite playing with the explosive on August 1, though the bomb did result in a small fire the following day when the owner of the shop tamped with it. The fire was quickly put out.

The mall had reportedly kept the news of this fire bomb away from the press for fear of affecting its reputation.