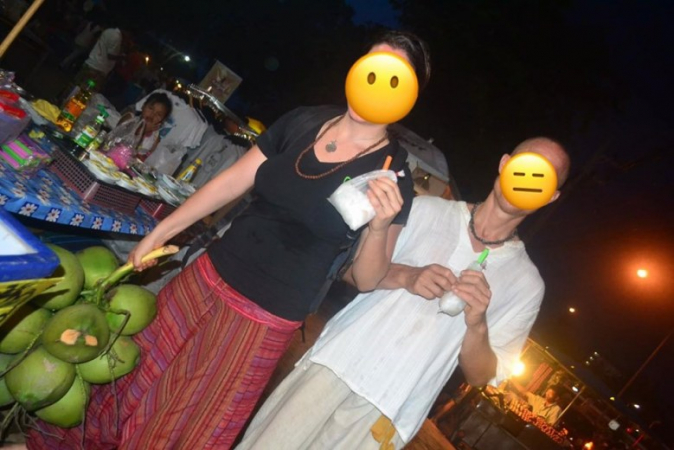 Famous Canadian monk Phra Julien Apataro, who had spent almost 20 years living as a monk on a remote hillside in the Sop Moei district of Mae Hong Son province, admitted on a televised news show on Friday to having had sexual relations with women.

Apologising to Thai people over his alleged serious monastic indiscipline, the monk, in his early 40s, whose layman name is Julien Desilets, told Channel 3’s Thiangwan Tan Hetkarn (News Updates at Noon) that he would leave the monkhood in a ceremony presided over by his preceptor monk on Saturday (August 10).

Mae Hong Son’s ecclesiastical provincial governor Phra Sumonsatsanakij pointed out that if Phra Julien had committed the serious monastic indiscipline as reportedly confessed by him, he must be disrobed at the original temple where he had been ordained. He said the monk’s alleged actions tarnish the religion. Apparently Phra Julien had been ordained at a temple in Chiang Mai province's Hot district, hence the ceremony must be held by his preceptor monk there, the senior monk explained. He said he had already assigned the Sop Moei ecclesiastical chief to launch a fact-finding mission into the scandal.

Phra Julien first came to Thailand at age 18 as a Canadian exchange student who specialised in agricultural studies and became interested in practising meditation. He returned to Thailand in 1998 and then practised the Eight Precept principle on his own in Thailand for a year. After being ordained a monk in 2000, he resided in Sop Moei where villagers built a small monastery for him in the Phutha Kareni village in tambon Mae Sam Laeb. He lived modestly, eating fruit and vegetables and would collect alms twice a week because he did not wish to burden the poor villagers who already faced hardship.

His story – of a western monk living in rural Thai area -- was publicised by foreign media as well as Thailand’s popular "Khon Khon Khon" TV programme several years ago.

Social activist and veterinarian Somchai Sirithepsongklod, who exposed the scandal via his recent posts on Facebook along with photographic evidence of a white-clad man resembling Phra Julien standing next to a Swiss woman during their alleged “honeymoon trip” in Chanthaburi province five years ago, insisted that the accused had engaged in sexual relations while he was still a monk. He added that the woman had unsuccessfully complained about the monk’s alleged misconduct to various organisations but none paid heed to her until the story reached Somchai, who posted it on Facebook. This brought criticism from Thai netizens over the monk’s alleged misconduct.