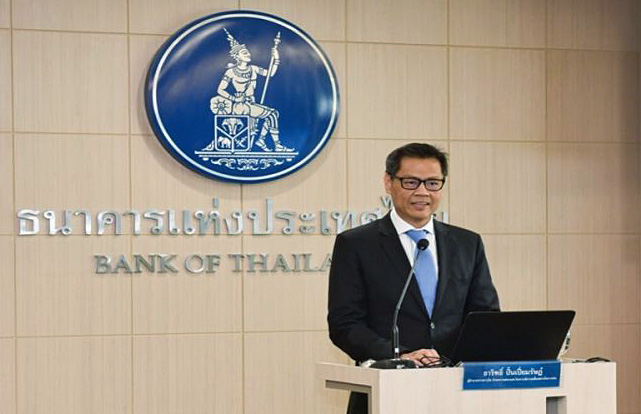 The Bank of Thailand has reported that data from commercial banks in the second quarter has revealed a spike in overdue debts, and that SME loans are on the rise and have the potential of becoming non-performing loans (NPLs).

Tharit Panpiamrat, senior vice president of the central bank’s risk assessment and analysis department, said data from commercial banks indicates that “special mention” status given to loans with payments overdue for less than 90 days stood at 2.74 per cent, compared to 2.56 per cent in the previous quarter.

Tharit said the two factors behind overdue debts being given an SM status are a deceleration in the economy and a stricter classification of clients by commercial banks.

“Banks are now more careful about granting loans to small borrowers,” he said. “Some banks may have stricter criteria than others, in classify SM status in order to keep close monitoring on some even though they still have no history of overdue payments.”

Despite the rise in special-mention status given to loans, NPLs have hovered at 2.95 per cent, roughly the same level as 2.94 per cent in the previous quarter. However, in monetary terms the Bt450.6-billion worth of NPLs have dropped by Bt3.3 billion from the last quarter thanks to debt restructuring among financial institutes. “NPLs can, however, go up if the economy continues to decelerate, especially among the SMEs,” Tharit said.