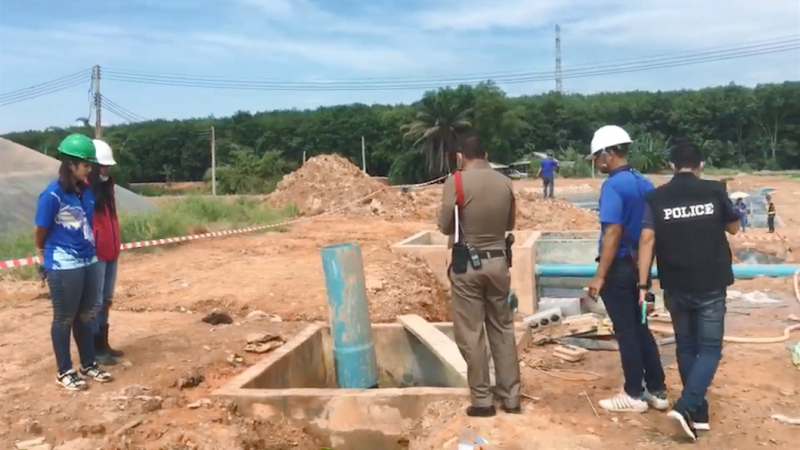 Three workers and their boss died from hydrogen sulfide poisoning while working on the underground wastewater treatment system of a rubber latex factory in Songkhla’s Sadao district Monday, police said.

Police said a worker climbed down into the manhole leading to the system to fix a water pipe but collapsed. Another worker went down to try to rescue him but also collapsed because of the gas.

Two others followed suit only to collapse while a fifth was able to pull out one of his four comrades and a team of rescuers brought out the remaining three. All four died before reaching the district hospital.

The four victims were identified as Suwit Jomechu, 31, Sathichon Limchaeng, 31, Somkid Tamkliang, 43 and Sanit Sungchoom, 40. Sanit had been subcontracted to fix the water pipe in the system.

Nirun Srisuwan, 46, the survivor, said he almost collapsed as he descended into 1.5-metre-wide and 2-metre-deep manhole to try to rescue the four workers who had gone down before him. He said he managed to rescue only Manit, who had already passed out.

Officials found that the manhole was lethally filled with accumulated hydrogen sulfide from the wastewater.