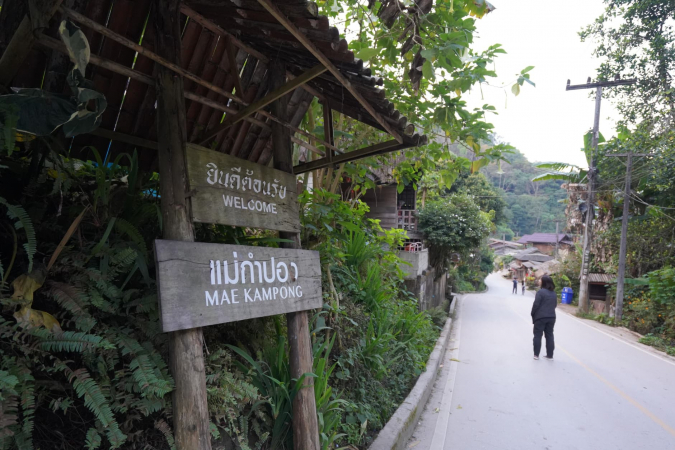 Ban Mae Kampong has become an offbeat retreat for travellers.

By Jintana Panyaarvudh
Special to The Nation
Mae On, Chiang Mai

Many key tourist destinations have been coping with many problems such as overcrowding, but the village Mae Kampong in Chiang Mai’s Mae On district has proved to be an exception.

In fact, this popular attraction for eco-tourists has become a role model for sustainable and community-based tourism in Thailand.

It’s difficult to imagine that just two decades ago, the traditional way of life in this village was about to die off, but it managed to re-build itself and find its footing in a fast-changing world all thanks to strong collaboration among villagers and proper research.

The idea of eco-tourism in the village was initiated in 2000 by Thiramet Khachonphatthanaphirom, chairman of Mae Kampong’s community-based tourism committee, in response to a drop in the demand for “mieng” or fermented tea leaves his village produced. His aim was to find an alternative source of income for the village, and for that he decided to find the village’s very own, unique identity. 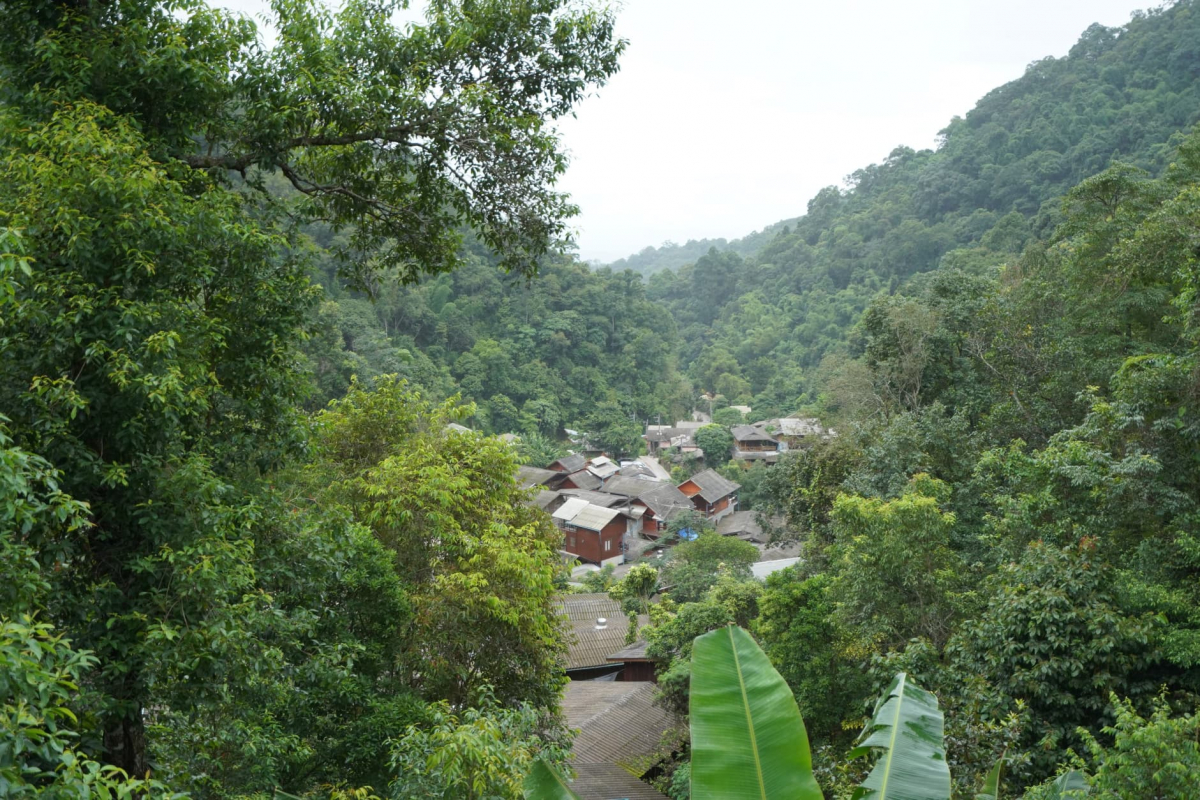 “We have a lot of natural and cultural resources that have good potential to be used as tourist attractions,” he said.

However, selling the village as a tourist destination wasn’t easy.

Thiramet, who was village headman at the time, realised there were a lot of problems, such as a lack of infrastructure, sanitation and protection of the environment. Then there was also the task of getting the villagers to understand and accept his idea.

The first step was to display the village’s name, and when he asked his neighbours to help build a huge sign, they asked why and wanted to know who would visit this place.

“My objective [at that time] was not to attract tourists, but to develop our village. I wanted the villagers to wake up to the potential of development, and if we were lucky, the tourists would follow,” he recalled.

A year later, the then-Thaksin Shinawatra government launched the One Tambon One Product (Otop) scheme, a local stimulus programme that aimed to support local industry and sell products made in each of Thailand’s 7,255 tambon or sub-district. 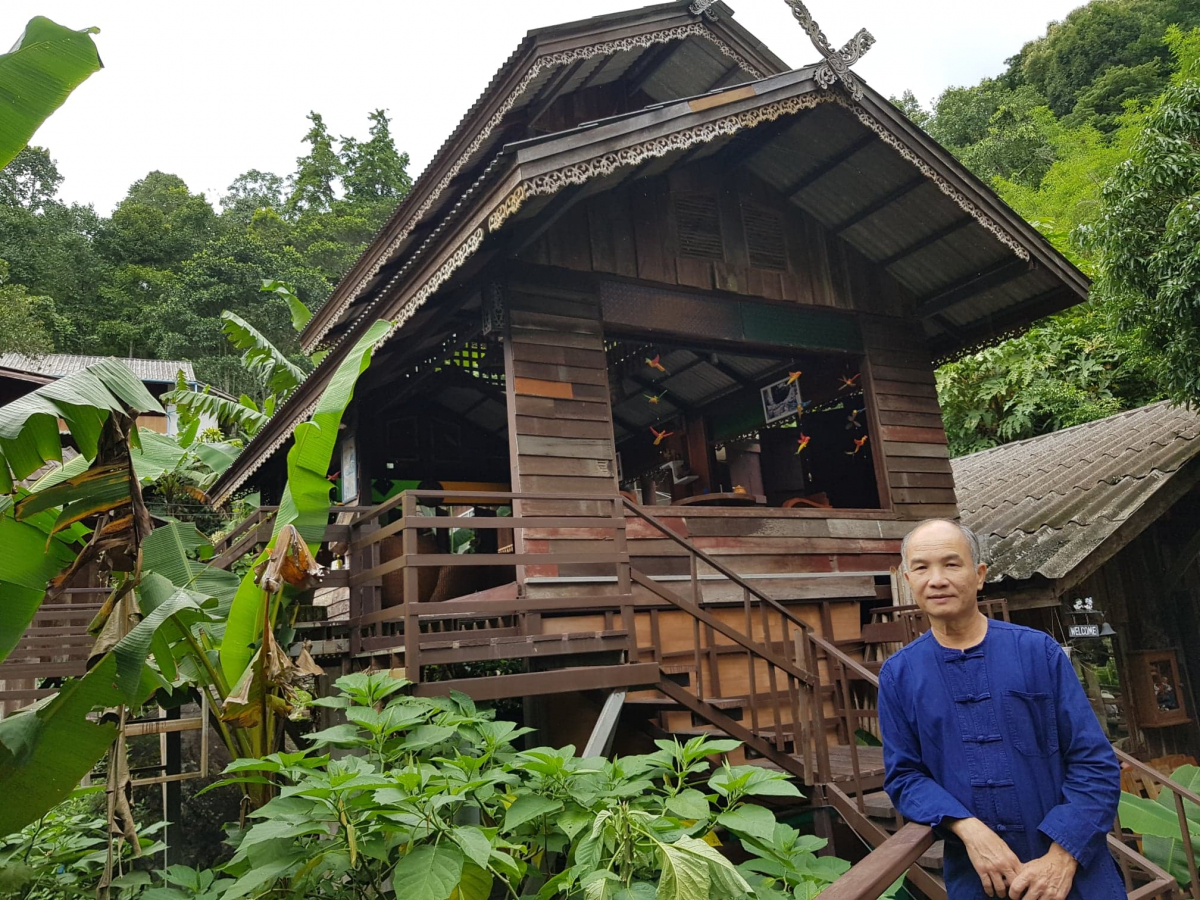 Just an hour’s drive from Chiang Mai, Ban Mae Kampong was one of the first villages in Thailand to offer homestays, allowing tourists to stay overnight with local residents in their home to experience the local way of life and culture as well as participate in their daily activities.

This homestay programme proved to be a huge success, benefiting visitors and villagers alike.

In the beginning, only seven houses were available for homestay, but now 19 houses can cater to paying guests, while 47 houses are available for private accommodation. This pocket-size village with a population of just 350 can now accommodate 500 visitors.

Now, tourism generates more than 90 per cent of income in the village and last year alone, the village earned Bt16 million, of which Bt6 million came from homestays, meaning each household earned Bt200,000 on average, he said.

The next step was establishing a cooperative management system to ensure fair distribution of income in a transparent and accountable manner, Thiramet said.

Also, he said, the revenue is being used to launch local development projects, provide welfare to villagers as well as preserve the community.

He puts all this success down to research and villagers’ participation. In 2002, the now-defunct Thailand Research Fund (TRF) noticed this and granted the village funding under its Community-Based Research Division. The villagers were tasked with coming up with an appropriate model for sustainable ecotourism that is managed by a community. 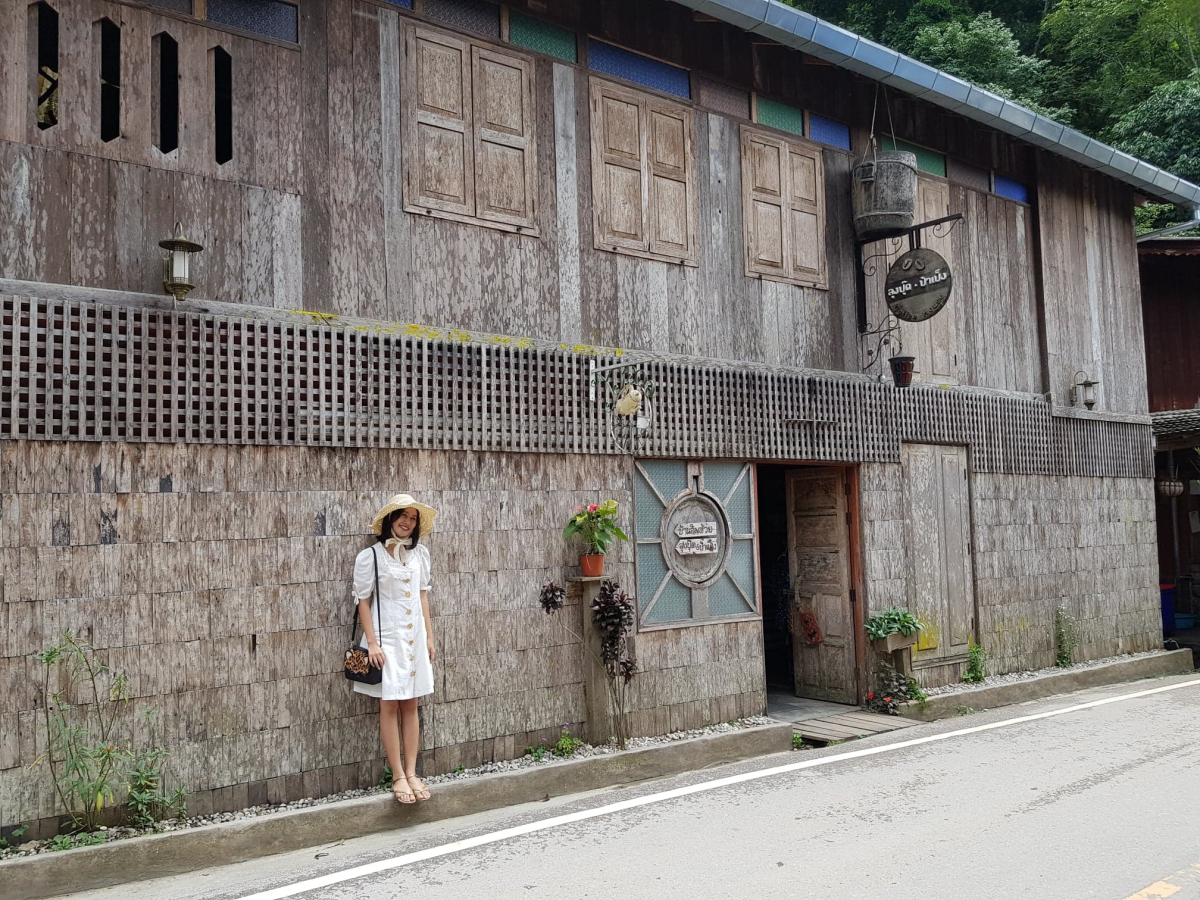 A tourist at a popular site in Mae Kampong village

Mae Kampong villagers later studied ways of tackling the problem of overcrowding, dealing with community-based tourism on the basis of sufficiency economy as well as managing the village’s capacity to handle tourists.

Thiramet, who led the research team, said these studies helped him and the villagers learn how to analyse each situation systematically, boost the learning process and empower them to develop a sustainable community.

“This research helped turn Mae Kampong from an abandoned village to a tourist magnet,” he added.

As for concerns of overcrowding, the 67-year-old former village chief said he has decided to come up with more activities for tourists, as well stop expansion of accommodation.

“Sustainability depends on how we preserve our identity, as well as how villagers manage their costs and come up with new activities or services to offer to tourists,” he said.

Ban Sam Kha community in Lampang’s Mae Tha district has earned a name for itself for using research to tackle a debt crisis.

Ban Sam Kha used to be remote and its villagers had no choice but to be self-sufficient. However, their ways changed after prosperity and development arrived. 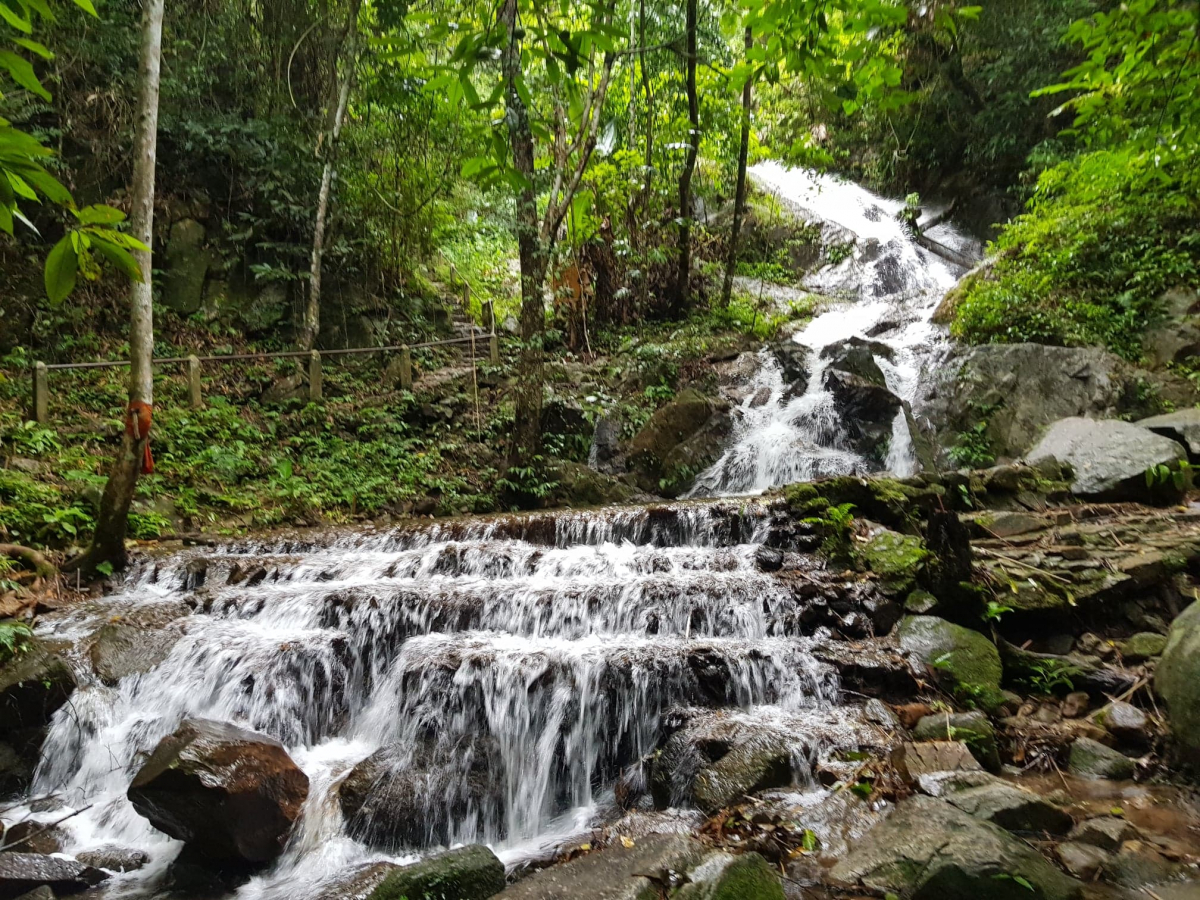 They began spending more than they earned, which landed them in a debt of Bt18 million – a huge figure considering the village only has 160 households and a population of 600.

However, this crisis turned into an opportunity when the villages came together to discuss ways of tackling it, said Chan Uthiya, a village leader who played a vital role in pushing his neighbours to become aware of the debt crisis.

In 1999, TRF granted the village funding to conduct a community-based study, so the villagers decided to research the problem at hand – the debt crisis.

Chan said this topic resonated with the villagers, which is why they were willing to provide information about the money they owed and their spending habits, he added.

After discussing and analysing the problem, the villagers decided that each and every household had to record its income and expenses. The aim of this “household accounting” was for villagers to check and review their spending habits.

After the account books revealed that they were squandering their money on unnecessary things, they decided to join forces and revamp their lifestyle so they could go back to being self-sufficient.

They also set up a savings scheme, so people could put some money away for a rainy day. Now, the Bt18-million debt has been almost cleared, while the saving scheme has Bt20 million in its coffers.

Community-based research is very useful because it strengthens people by bringing them together to research and analyse their problems so they can come up with a definite action, said Chan, who led the research team.

“This method is very comprehensive and collaboration helps villagers find solutions,” he added. 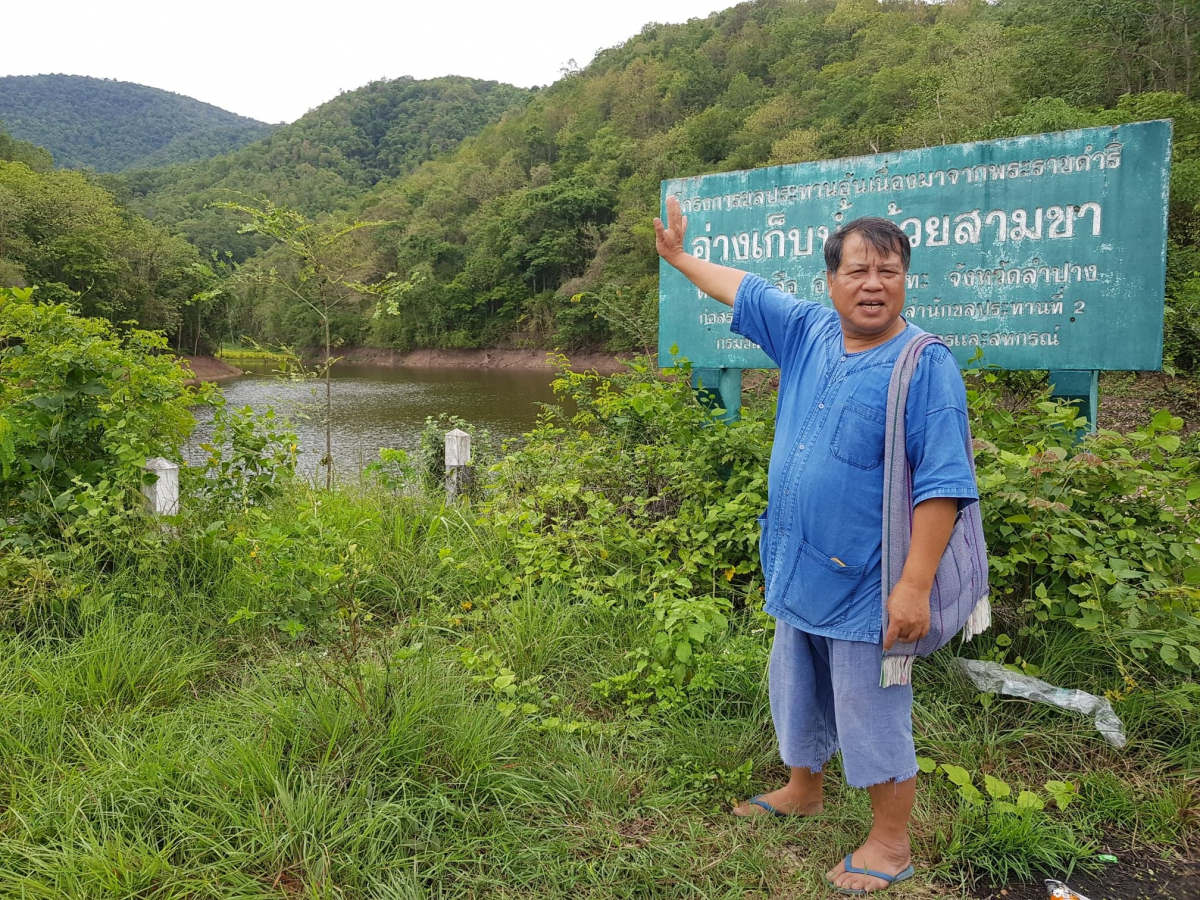 “This way people’s problems are solved by the community,” said Benjawan, who mentored the research in Ban Mae Kampong.

Community-based research does not conform to conventional academic standards, but instead focuses on locals, who identify the research questions, learn about the problems and seek appropriate solutions, she added.

Both Ban Mae Kampong and Ban Sam Kha are prime examples of how community-based research has had a social impact in the local context, Benjawan said.

TSRI has been supporting community-based research for 20 years now and so far, it has sponsored around 4,500 community based projects and created more than 30,000 researchers, including villagers, academics, monks and people from ethnic groups.