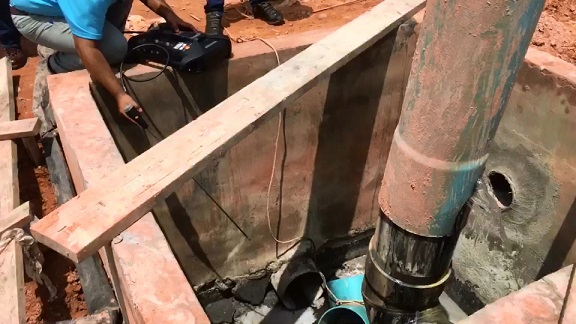 The authorities confirmed that the number of workers who allegedly succumbed on Monday to hydrogen-sulfide poisoning at a rubber-latex factory in Songkhla’s Sadao district stands at three. The officials revealed the results of a test that showed the level of hydrogen sulfide inside the underground waste-water treatment system was more than 200 particles per metre (ppm), enough to knock someone unconscious and prove fatal from prolonged exposure.

Contrary to a previous report that all three workers and their boss had died on their way to hospital, police said the sub-contractor Sanit Sungchoom, 40, was resuscitated in time, though he was still not out of danger and is under critical care. The other three workers, Suwit Jomechu, 31, Sathichon Limchaeng, 31, and Somkid Tamkliang, 43, succumbed to the fumes and their relatives will soon collect their bodies for religious rites. 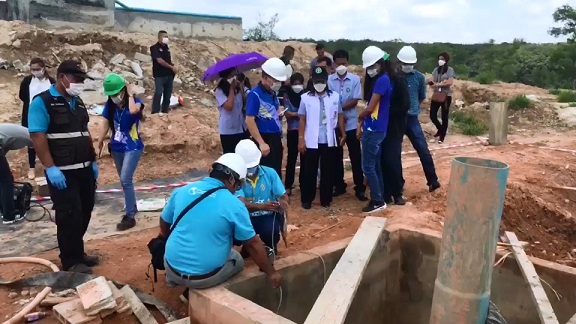 Police said initially one of the workers climbed down the 1.5-metre-wide and 2m-deep manhole leading to the underground wastewater treatment system in order to fix a water pipe, but collapsed. Then another worker went down to rescue him but also collapsed from the gas. The two others followed suit, and also collapsed from the gas, though a fifth worker managed to stay upright and was able to pull out one of his four comrades, while a team of rescuers pulled out the other three.

Police said the tragic accident happened at Tat Win Co Ltd in Tambon Phang La, adding that the case is still being investigated. Locals have complained about foul smell emanating from the factory on five previous occasions and the business was reportedly in the process of improving its wastewater treatment facility when the incident took place.

Songkhla governor Weeranan Pengchan said he has instructed the Songkhla Labour Protection and Welfare Office, the provincial Social Development and Human Security Office as well as the Social Security Office to provide aid to the families of three deceased workers and the wounded sub-contractor.