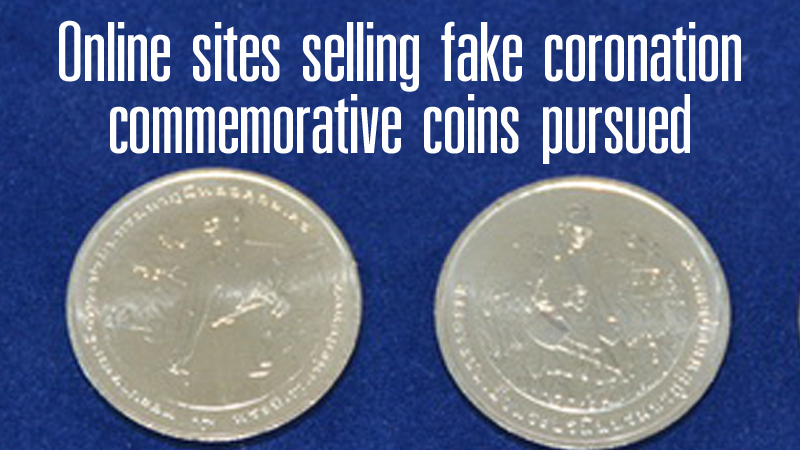 The Treasury Department is to take legal action against 10 websites and Facebook pages for allegedly selling fakes of the commemorative coins minted to mark the royal coronation of King Rama X, a senior official said.

Woranuch Phu-im, an adviser on coins and valuable assets management, said the department’s legal division held a meeting on Tuesday and decided to take legal action against the websites and Facebook pages.

She said the division would send its lawyers to file a complaint with police before the end of the week, adding that the lawyers had already consulted the Crime Suppression Division on the procedures to be followed.

In addition to finding out about the online sales of fake coronation coins, the legal division has learned that some provincial officials have been selling fake coins to other officials at the rate of three coins for Bt1,000, Woranuch said. Investigations are continuing and the division is also trying to trace the source of the fake coins, she added.