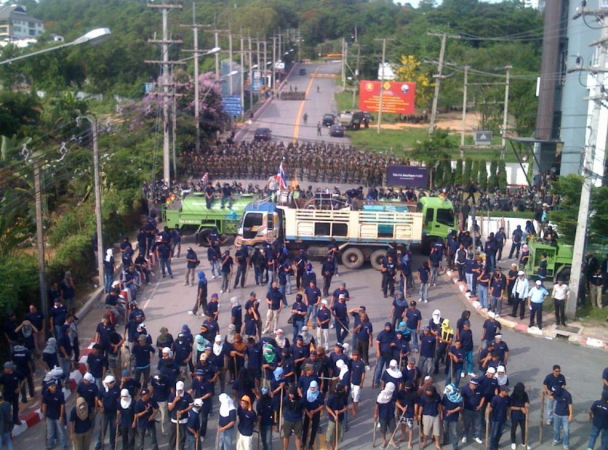 Police and pro-government protesters form a barricade to deter red-shirt gatherers at a location near a Pattaya hotel nine years ago. File photo: NATIONPHOTO

All 24 “Red-shirt” protest leaders in charge of a hotel raid at the Asean leaders’ meeting in Pattaya nine years ago have been acquitted.

The Criminal Court said in its ruling issued today (August 14) that it found no evidence in either the prosecution report or the plaintiffs’ testimony that all of the 24 had resorted to violence or executed any acts deemed terrorism in their 2010 rally.

The Court also ruled that in their roles related to the rally, the defendants were executing their rights to freedom of expression and peaceful protest.

Meanwhile, Prime Minister Prayut Chan-o-cha has taunted the defendants for their silence so far over their acquittal, saying: "Why don't they come out and brand the judiciary as unfair again, like they always do when the previous verdicts are not in favour of them?”