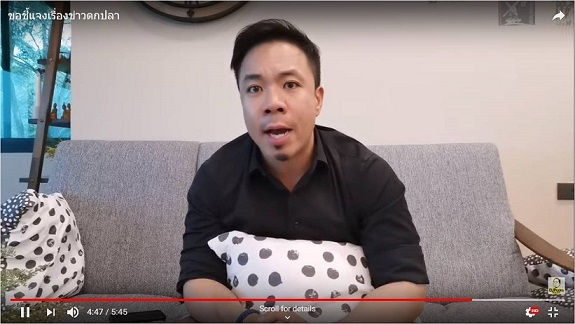 Poomjai "DJ Poom" Tangsanga comments on the fishing expedition controversy in a five-minute live-streaming clip on YouTube on Tuesday.

A famous YouTube show host, Poomjai "DJ Poom" Tangsanga, has admitted to fishing in the Mu Koh Chumphon National Park territory claiming he was unaware of the related laws after the Phaya Sua task force lodged a police complaint.

Poomjai and six others face five charges under the National Park Act BE 2504 (1961).

Addressing the controversy in a five-minute live-streaming clip on YouTube, reportedly filmed on Tuesday just hours after learning about the complaint, Poomjai said he felt sad because his YouTube show, DJPoom Channel, has always laid emphasis on conservation and tourism and they have engaged in fishing around Thailand and the world. He explained that the clip about this controversial fishing expedition was uploaded in August last year but had been filmed in August 2017.

Insisting that he and his crew members had no intention to break the law and that their action stemmed from lack of awareness of the related laws, Poomjai said they had learned their lessons from the controversy. He said they will now sign a contract with any guide who takes them to a location at sea or in a forest to ensure that the guide does not take them to a legally prohibited zone.

"We are not crazy enough to film ourselves breaking the law and then airing it to condemn ourselves," he said, apologising for their lapse. He thanked officials for doing their job as well as fans for offering moral support. He added that his team would contact police about this matter soon. The clip had received more than 230,000 views by 1pm on Wednesday. 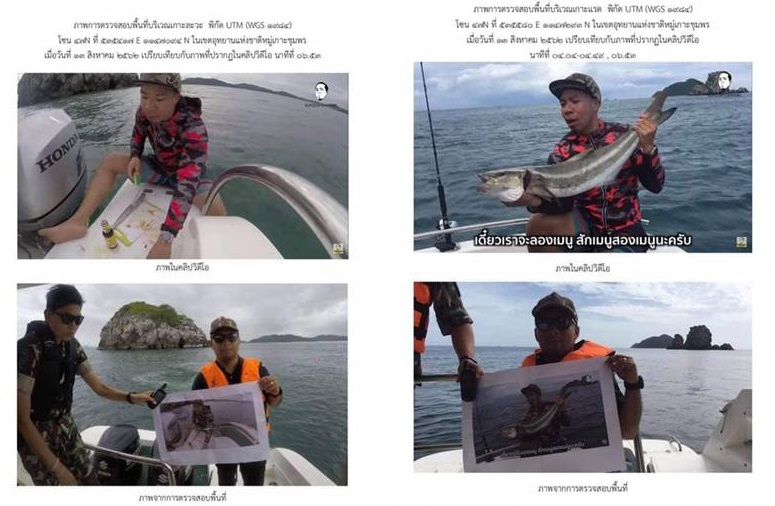 Phaya Sua task force representative Panatchakorn Photibundit filed the complaint against Poomjai and six others on Tuesday at Pak Nam Chumphon Police Station after they received a complaint about the alleged fishing within park territory.

Park officials checked the controversial episode, which was published on August 8, 2018 -- but removed in July this year -- showing Poomjai and six others on a speed boat, fishing and cutting up fish for cooking onboard the vessel. Officials went to the real site to compare with the clip in detail and confirmed the filming was done near Koh Raed, Koh Kalokm Koh Lak Ngam and Koh Lava, which are located within the park territory.  Phaya Sua task force representative hence lodged the police complaint making five allegations, including collecting and taking away animals without permission and bringing hunting tools into park without permission.