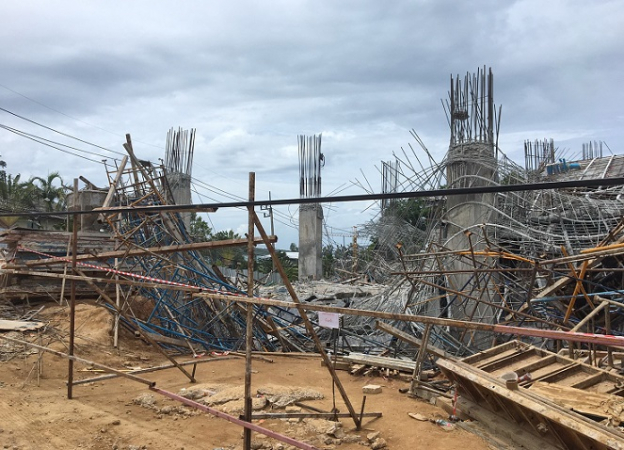 The Labour Ministry provided monetary assistance on Wednesday to the families of the three Myanmar workers who were killed and the eight who were wounded from the collapse of a scaffolding at a condominium construction site in Phuket’s Muang district on August 11.

Apart from visiting the two workers being treated at Vachira Phuket Hospital and the six who have been discharged, Jak Punchoopet, adviser to the labour minister, also attended the funerals of Pay Thee, Tin Tun and Min Naing and paid Bt33,000 to each deceased worker’s family in initial monetary assistance from the Social Security Office. 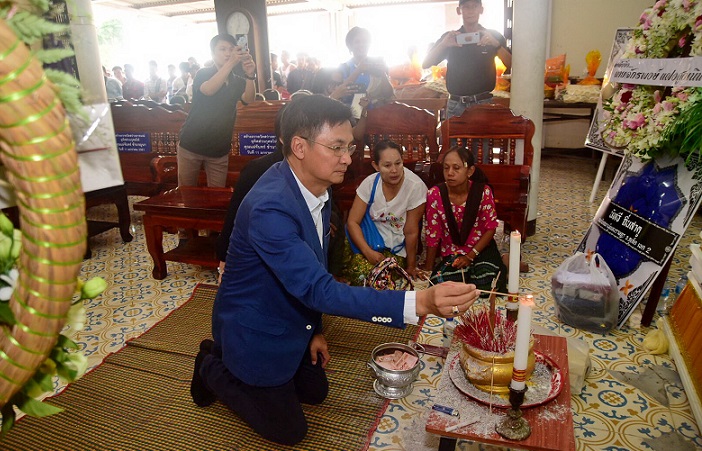 Jak said government compensation for the affected workers will be given in three tranches. The Labour Ministry will also cover the medical bills of the six workers who were slightly injured, while the two who were seriously injured are entitled to medical coverage of between Bt50,000 and Bt2 million as well as compensation for lost earnings.

The deceased workers’ families will later receive an additional compensation of Bt750,000 each, in addition to the compensation provided by the insurance company, he said. 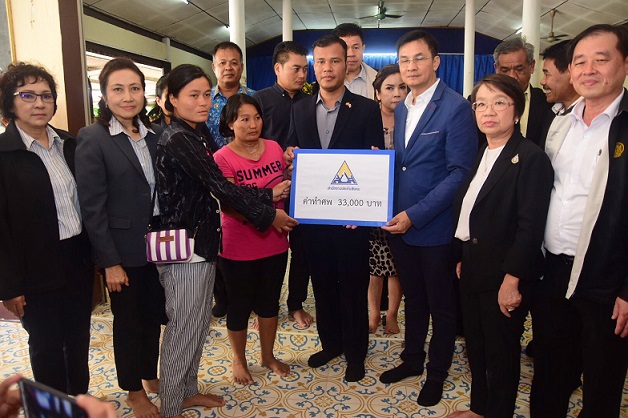 Myanmar Labour Attaché Kyaw Soe Wai, who oversees Myanmar labour affairs in the 14 southern provinces, witnessed the initial money being handed over and said he was satisfied. Jak and Kyaw Soe Wai also inspected the accident site and discussed the incident with the condominium’s project executives and contractors. 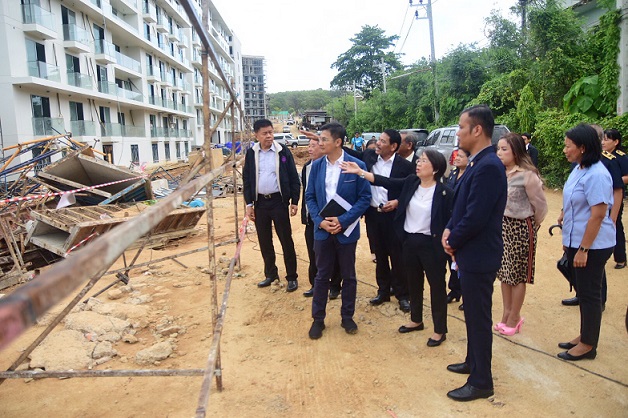 Kraichitti Chensappakit, assistant managing director of the project owner VIP Thailand Ltd, expressed sympathy and said the company will provide assistance to the affected workers, including coverage of medical bills, organising funerals and covering other related expenses. He said the firm will also coordinate with related agencies to ensure those affected get the aid and welfare they are entitled to.

One worker was instantly killed and eight others injured when the scaffolding at the under-construction reception building within the compound of the VIP Mercury condominium near Phuket’s Rawai Beach collapsed on Sunday afternoon. Two other workers were trapped under the debris, but could not be pulled out in time, bringing the death toll to three.