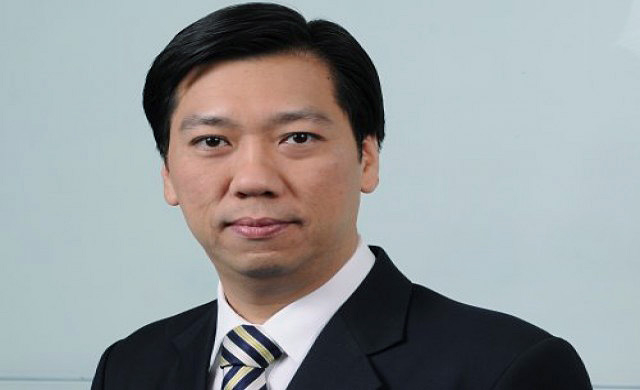 The 25-year-long row between the Bangkok Expressway and Metro Public Co Ltd (BEM) and the Expressway Authority of Thailand (EXAT) has finally come to an end, with BEM agreeing to reduce the compensation it is demanding to Bt58.8 billion, which can be paid by extending its concession for operating expressways by 30 years.

The first time the dispute came close to concluding was on September 21, 2018, when the Supreme Administrative Court ordered EXAT to pay BEM subsidiary Northern Expressway Co Ltd (NECL) Bt1.8 billion plus interest in compensation. This was related to the construction of the Don Muang Tollway, which affected revenues earned from NECL’s Bang Pa-in – Pakkred Expressway and violated the non-competing clause in the concession contract granted to BEM.

BEM has previously won over 17 cases against EXAT related to the adjustment of toll fees in several BEM-run expressways. EXAT was accused of failing to adhere to the contract, which states that fees need to be adjusted every five years in line with inflation.

The amount of compensation BEM is entitled to is in the ball park of Bt137.5 billion.

In a press conference on August 14, BEM executive director Phongsarit Tantisuvanitchkul said the BEM-EXAT dispute has dragged on for about 25 years and that EXAT has never agreed to provide fair compensation despite many negotiations and settlement attempts.

“On October 2, 2018, the Cabinet told EXAT to settle all legal disputes with BEM as soon as possible. The resulting settlement was the most promising yet,” he said.

Phongsarit added that BEM and EXAT finally reached an agreement on May 15, when BEM agreed to reduce the compensation to Bt58.87 billion, and decided it can be paid in the form of extending the contract for the operation of Part II Expressways (A, B, C and D sections), and the Bang Pa-in – Pakkred Expressway (C+ section) by 30 years once the current contracts end.

BEM has also agreed to undertake the construction, service and maintenance of double-deck and bypass routes as well as road-expansion projects in several sections of the Part II Expressways. These projects aim to solve traffic congestion on expressways and are estimated to cost Bt31 billion.

Most importantly, BEM has also agreed to not charge extra toll fees at the double-deck and bypass routes and has agreed to only adjust expressway toll by Bt5 to Bt15 once every 10 years, depending on the type of vehicles and length of route.

“The settlement terms were approved by the committee of Private Investment in State Undertaking Act and Office of the Attorney General. They are pending Cabinet approval, which should come soon,” said Phongsarit. “Once the BEM-EXAT contract is amended as per these settlement terms, BEM will immediately withdraw all cases filed against EXAT, with no further payment of compensation or interest demanded.”

Plew Trivisvavet, chairman of the executive board of BEM, also said he was happy that the decades-long dispute has finally come to an end.

“We appreciate the government’s effort to solve this matter and are ready to cooperate,” he said. “As a Thai company, BEM never wants to win against the government, because in the end the ones who truly lose are Thai citizens. We just want to negotiate a deal that does not put too much pressure on the government or the people, and at same time is fair to us as a business partner, so we can continue doing business with the government in the future.” 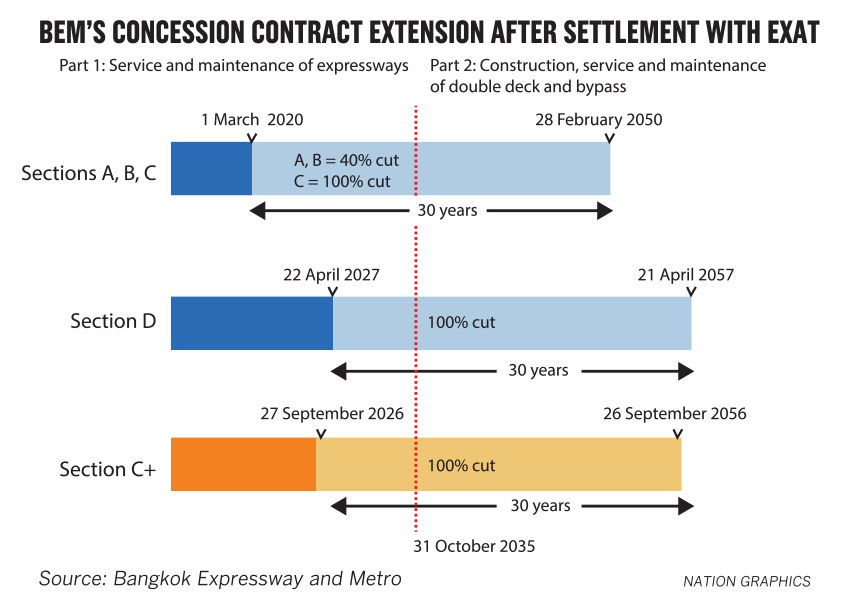