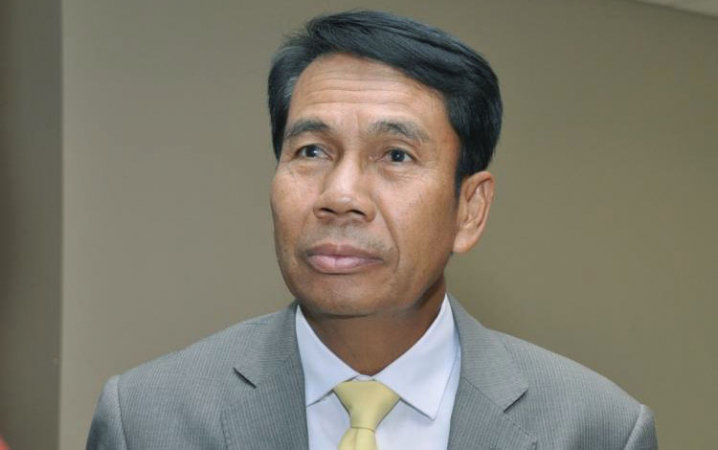 The opposition on Thursday vowed to seek a parliamentary debate against Prime Minister General Prayut Chan-o-cha over the controversy related to his oath-taking wording.

Suthin Klungsaeng, chief opposition whip and Pheu Thai MP, said the opposition would invoke Article 152 of the constitution to submit a motion this week to seek the debate against Prayut.

Suthin said Prayut could not avoid answering the opposition’s questions when a debate is held under the provision of Article 152.

Prayut was accused by the opposition Future Forward Party of failing to state during the oath-taking rite that he and his Cabinet would protect the charter and comply with its provisions. The opposition said such a failure was tantamount to Prayut’s holding of the PM office being technically annulled.

On Wednesday, Future Forward MPs submitted an interpolation for Prayut to answer questions about the controversy but the prime minister led his Cabinet members in undertaking voluntary activities at the Foundation for the Blind in Thailand instead. Prayut said he did not have to answer the question as the issue was being investigated by the Office of Ombudsmen.

“I am confident that when the motion is submitted under Article 152, Prayut cannot cite any mission to avoid the debate,” Sutin said.

“If he avoids the debate, it will be tantamount to an intention to avoid complying with the charter.”

Sutin said although Article 152 does not spell out penalties for violators, action could be taken against Prayut for violating political ethics if he avoids the debate intentionally.

Sutin said once the motion is submitted to the House, House Speaker Chuan Leekpai must put it on House agenda on the appropriate order of debate.

Sutin said although the House has not finished drafting meeting regulations, the motion can be submitted in advance to wait for the regulations to be passed.