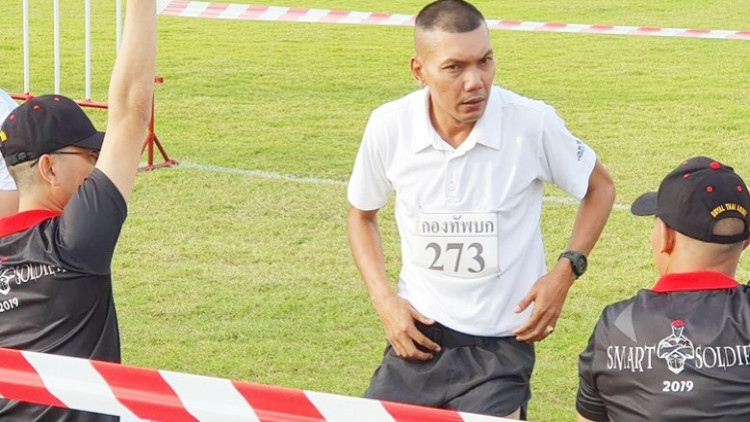 Army chief General Apirat Kongsompong, possibly in an attempt to avoid questions about politics, at the last minute cancelled his scheduled visit to the annual army endurance, English proficiency and general knowledge tests at the Command and General Staff College (CGSC)'s stadium in Bangkok on Friday, and instead assigned his assistant General Kukiat Srinaka to the task.

The rigorous fitness tests assess stamina and strength, with officers required to do a series of two-minute push-ups and two-minute sit-ups as well as a two-kilometre run. Officers must get at least 50 per cent scores depending on their functions. If their duties involved warfare they must achieve 70 per cent, while if their duties were in supporting missions they must score 55 per cent.

Among officers attending the tests were two colonels who had been wounded in two separate insurgent attacks in the deep South –Cavalry Centre commanding officer and former Yala special task force leader Colonel Pongthorn Tappikorn whose left leg was amputated in the 2010 bomb attack while inspecting a bomb scene, and Army Non Commissioned Officer School commanding officer Colonel Sorachet Dee-eua who was wounded in the 2010 bomb attack in Pattani while on duty to provide security to the locals.