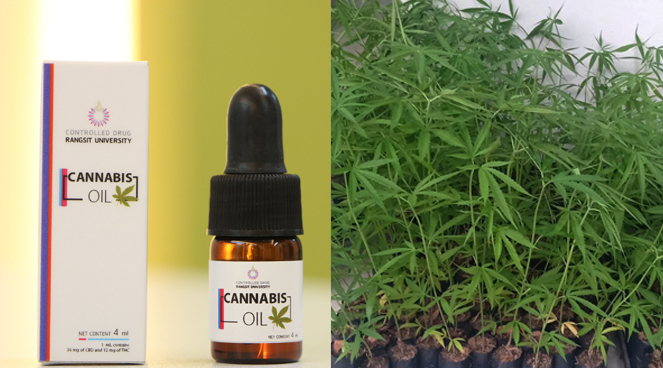 The Office of the Narcotics Control Board (ONCB) is transferring more than a tonne of confiscated marijuana to the Department of Thai Traditional and Alternative Medicine and the Department of Medical Sciences to process the haul into 600,000 bottles of cannabis extract, the ONCB director said, adding that this move is not violating any convention on narcotics.

Niyom Termsrisuk, ONCB secretary-general, who transferred the cannabis after gaining approval from Food and Drug Administration, said the two departments will process the drug using traditional methods. They are expected to use 1 tonne of the marijuana to produce 660,000 5cc bottles of cannabis oil, while the remaining 5 kilos will be used for medical experiments.

As for talk about Thailand and Malaysia’s plans to allow independent cannabis farming violating the 1961 Single Convention on Narcotic Drugs and the 1971 Convention on Psychotropic Substances, Niyom said he has already checked and learned that this is nothing but a rumour.

He also claimed that no Asian country was violating the conventions, adding that people wanting to grow cannabis must explain their reasons to the International Narcotics Control Board first.