Eleven people were killed and four others seriously injured when a chartered van carrying Lao workers for visa renewal to the Chanthaburi immigration checkpoint collided with an 18-wheel truck in Sa Kaew province early on Sunday.

Police suspect Thai van driver Sansern Sathongkhan might have dozed off behind the wheel, and driven the van into the opposite lane where it crashed head-on with the oncoming truck. 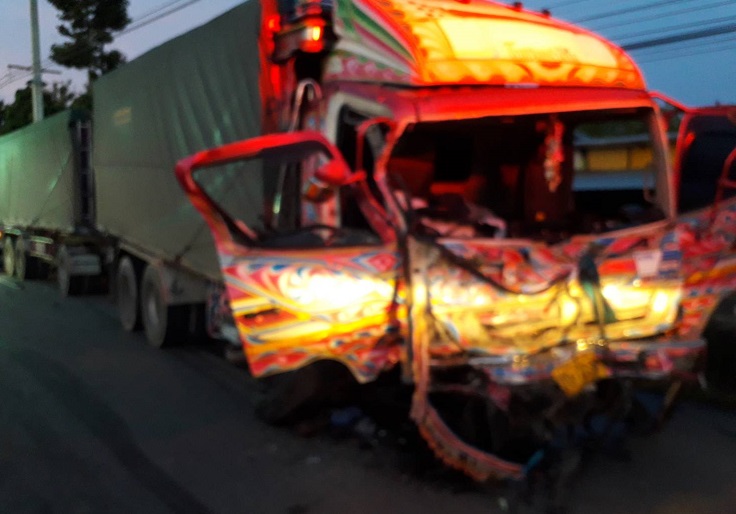 Following the fatal crash report in Wang Somboon district at 4.15am, police and rescue workers rushed to the scene on the Sakaew-Chanthaburi Road section near the entrance to the Wang Somboon District Office. 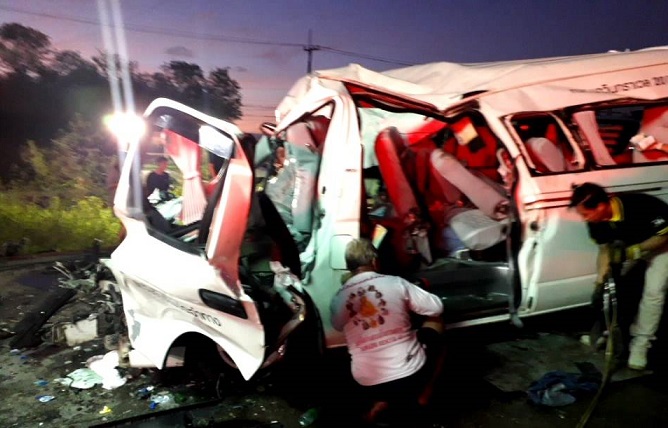 They found the dead bodies of the van driver and Lao passengers at the scene, many of whom were crushed in the wrecked van while some were flung out under the force of the impact. Rescue workers extricated four seriously wounded people -including three Lao passengers and the truck driver Subin Pengmoo - to rush them to the district hospital.