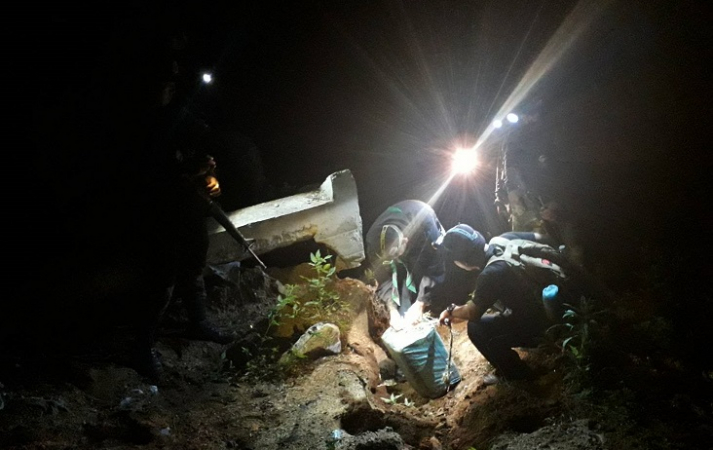 Some 200,000 methamphetamine pills were seized from the Thai-Lao border in Chiang Rai province on Saturday night following a joint operation by paramilitary rangers from the Pha Muang task force and naval officers patrolling the Mekong River.

Following a tip-off about narcotics smuggling, officers patrolled the area from 7pm, looking out for any suspicious activity. They spotted a motorcyclist riding along the river to park inside the Ban Huai Leuk crematorium in Tambon Moung Yai, Wiang Kaen district, at around 9pm. As the rider left his vehicle and walked towards the riverbank, the officers accosted him. He dropped a sack that he was picking up from the spot, abandoned the vehicle and fled on foot into the dark. The officers seized the Yamaha motorcycle that did not have a licence plate and the sack, which contained 200,000 meth pills. Police are hunting for the suspect.