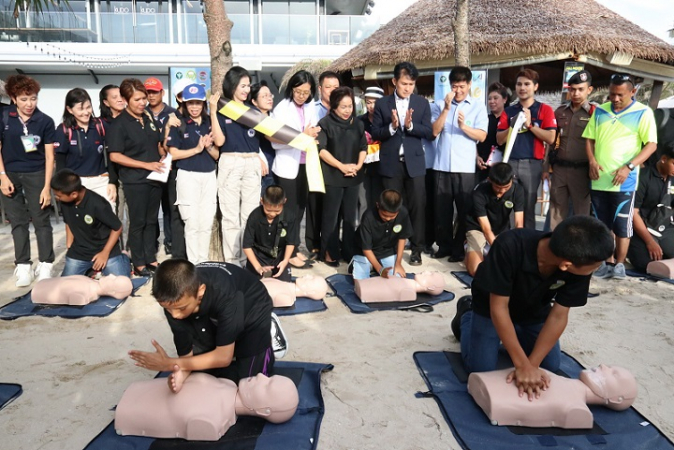 The Patong beach in Phuket has been chosen to be an integrated marine public healthcare pilot area where state agencies, local administrators and local people join forces to provide aid in response to accidents at sea. The move is aimed at boosting tourists' confidence. 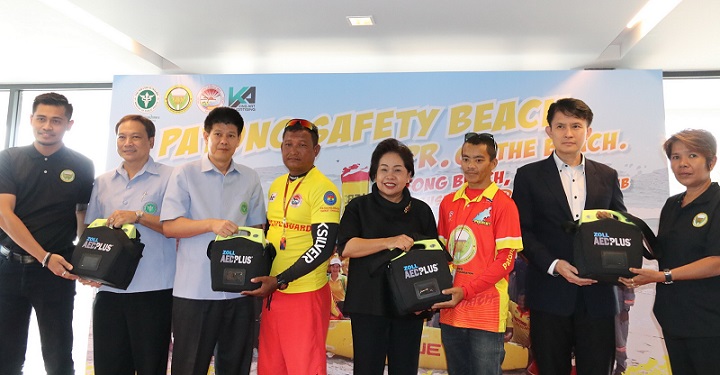 The launch, held at the Kudo Beach Club at Patong, also included a workshop on first-aid training, such as cardiopulmonary resuscitation and the use of AED devices for 60 business operators, beach-side service providers, hotel staff and community people. 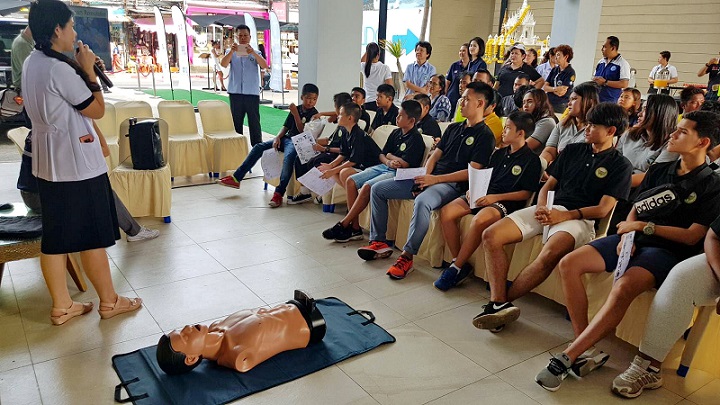 Pitakpol said the ministry had chosen five coastal provinces popular among tourists -- namely Phuket, Chon Buri, Krabi, Phang Nga and Surat Thani -- for its marine public health system and emergency medical service development. Phuket chose the Patong beach where there were frequent accidents from the use of boats, sharp objects, instances of drowning as well as visitors being bitten by washed-up marine life.

"Our aim to make ‘Patong the Safety Beach’ requires participation from the people sector and various related organisations to create an effective and world-class response to sea emergencies so as to boost tourists' confidence," Pitakpol said.

Besides a professional beach lifeguard team who were at hand to provide first-aid training, the ministry also trained "Narenthorn Andaman" rescue workers, as well as Patong Hospital doctors and nurses for life-saving operations. A "smart ambulance" was made available through which a doctor at the hospital could instruct rescue workers to provide timely care via the monitor screen, he said. With Patong as a model for such marine public healthcare-integration to take care of tourists, other beaches such as Kata, Karon, Nai Han, and Bang Tao would later have such programmes so that Phuket would shine as a safety beach model for other provinces in the 11th Public Health Service Region, he added.

Patong Mayor Chalermlak Kepsap said the Patong Safety Beach initiative included participation from community people to aid the municipality-hired lifeguard members who during the day time cover the three-kilometre-long beach to take care of tourists in emergency events such as injuries from sharp objects and drowning. At night, officials hired by the Patong Development Foundation and private sector were on guard along the beach to care of some tourists swimming in the sea, drowning or other emergencies, she added.

Patong Development Foundation vice president Somprasong Saengchat said cooperation by all parties had already provided a thorough around-the-clock care for tourists at Patong, resulting in no deaths from drowning at Patong in the past three years. He said the training under "Patong Safety Beach" would make the beach even safer and raise the confidence of tourists.