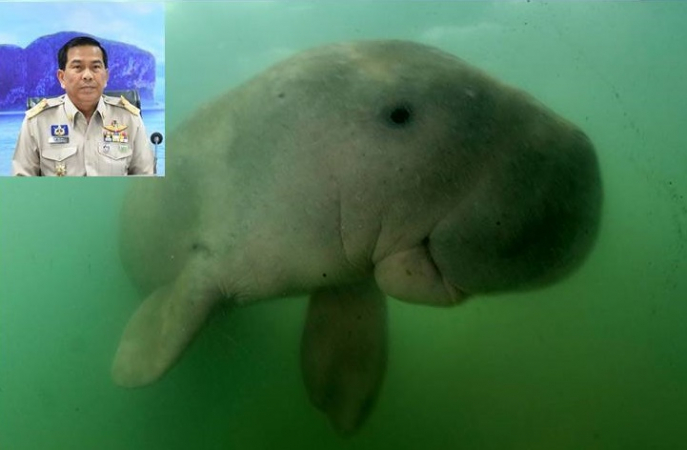 Trang Governor Luechai Charoensap on Sunday vowed to make the garbage problem a provincial agenda to be urgently solved, as he led officials to inspect the carcass of orphaned baby dugong Mariam.

Mariam’s fight for recovery had won Thai people's hearts and raised their awareness about marine life conservation but she died on Saturday from infection caused by plastic garbage in her stomach.

Expressing sadness over the dugong's death, Luechai said the care of Mariam had taught many key lessons to officials and volunteers as well as Trang province about care for and conservation of rare marine animals and marine resources.

The governor said he was astonished that Mariam had died from ingesting plastic garbage. "This is a key lesson for us to campaign with the Thai public because plastic garbage comes from humans." The garbage at sea is a major challenge that needed to be tackled as the nursery zone in the natural environment of Duyong Bay -- where Mariam was kept before getting sick and died -- also had plastic garbage, the governor added.

As for the Bt560,000 raised in the Mariam Fund bank account for dugong conservation, Luechai said he would consult with the Department of Marine and Coastal Resources director-general on how to best spend it, in accordance with the objectives of the fund.